In addition to continuing his overview of what was happening in the country in 1916 in the lead-up to the Easter Rising, Eamonn Duggan will also profile each of the 16 Volunteer leaders singled out by the British authorities to pay the ultimate 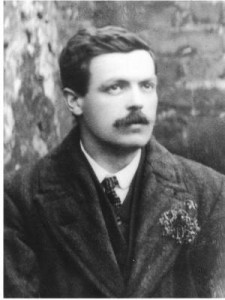 One of the lesser known men to be executed by the British army after the 1916 Easter Rising was New Ross man Michael O’Hanrahan. He came from a family steeped in the republican tradition which saw some members involved in the rebellion of 1798 and his father take part in the 1867 Fenian Rising.

O’Hanrahan spent his early years living in Carlow before the family moved to Dublin and according to one family friend, O’Hanrahan, ‘always showed that the national spirit of his forebears was strongly implanted in him’.

He was educated by the Christian Brothers and later at the College Academy and he developed a love for the Irish language leading him to found the first branch of the Gaelic League in Carlow and was a delegate to that organisation’s second national representative congress in 1900.

He continued his involvement with the Gaelic League in Dublin and became a member of Sinn Fein, sitting on its National Council. He was particularly good at addressing crowds, often hostile in nature, and especially so in Northern Ireland.

O’Hanrahan also excelled at writing and he made regular and well received contributions to the nationalist press. His first book was entitled, A Swordsman of the Brigade, which was described as a ‘simple romantic tale’ revolving around a soldier in the Irish Brigade fighting in eighteen century France and Ireland. The book was reviewed by Thomas MacDonagh who wrote; ‘The author knows his history and has caught the atmosphere of the life of the time’.

A second volume, Irish Heroines, was published after his death and it was a series of lectures which he had given just a few weeks before the Rising. He made it very clear in the lectures that he supported the use of violence in order to win independence. A further book, When the Norman Came, was published in 1918 and was a work of romantic and heroic historical fiction. It eventually became an Irish schools textbook.

By 1916 O’Hanrahan and his brother, Henry, were working as clerks in the headquarters of the Irish Volunteer Force in Dawson Street, Dublin and he was one of the most trusted men in the organisation. He was, according to Father M. O’Flanaghan, who wrote a foreword to Irish Heroines, ‘one of those modest silent, earnest workers who do not seek applause, who are only revealed to the public in the flair of a great crisis’.

Continue reading in Ireland’s Own issue 5539