Ronnie Whelan Senior won his two Irish caps while playing for the St Patrick’s Athletic. He made his debut in a European championship game against Austria in Vienna in September 1963. Whelan’s second cap was as a sub for Joe Haverty in a friendly against England at Dalymount Park in May 1964.

Meanwhile Ronnie Whelan Junior made his international debut coming on as a sub for Gerry Daly in the 3-1 win over Czechoslovakia at Lansdowne Road in April 1981.

Ronnie captained his country for the first time when we beat Malta 2-0 in Valletta in November 1989 to qualify for the World Cup finals for the first time. However, Big Jack didn’t think Ronnie was fit to play in Italy and Mick McCarthy regained the captaincy. 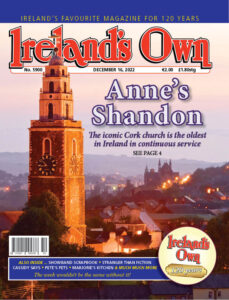 Whelan played just 30 minutes in the second half against Holland at Italia ’90. He won the last of his 53 caps in the 3-2 defeat to Austria at Lansdowne Road in June 1995, when he was captain once again.

Alan Kelly senior was born in Bray in July 1936 and joined Drumcondra in 1956. He was in goal for Drums when they lost the 1957 FAI Cup final to Shamrock Rovers. He won the first of his 47 caps and kept a clean sheet in 3-0 win over West Germany at Dalymount in November 1956.

Kelly won his second cap against England at Wembley in 1957 and joined Preston North End in 1960. Alan was in goal for Preston when they were beaten 3-2 by West Ham in the 1964 FA Cup final at Wembley.

He was assistant manager to John Giles and was in sole charge of the Irish team for one game between Giles’ departure and Eoin Hand’s appointment, a 2-0 win over Switzerland at Lansdowne Road in April 1980.