All Along the Banks of the Royal Canal

Rescued from a state of neglect and decay, Ireland’s waterways are now a vauable source of tourism income and none more so than the jewel in the crown, the Royal Canal, writes Jim Rees.

You know what they say about buses; you wait for one for ages, then two turn up. That’s the way it was with linking Dublin with the Shannon by canal. It took decades to get one and then there was a pair of them. 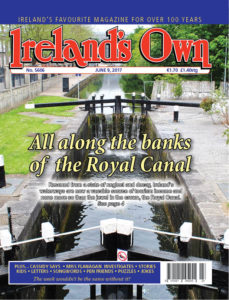 Canal-building was all the rage in the eighteenth century. In 1715, the Dublin-based parliament passed an Act to encourage both the draining of wetlands and the linking of navigable stretches of rivers by man-made navigations.

The first Irish navigation – to give ‘canals’ their proper title – was constructed in County Armagh, linking Newry with Lough Neagh in the 1730s. Other small projects were also undertaken, but the one that many people wanted to see was the canal that would connect the country’s capital city with its greatest river.

Over four decades, a variety of schemes and routes were devised, pondered over and dismissed. Most grossly underestimated both the engineering problems and costs involved.

One of the better plans was to run the canal from the south side of the Liffey as far as Sallins in County Kildare, at which point it would enter the Bog of Allen, then link the navigable parts of the River Brosna to the Shannon. It was a grand scheme, grand enough to be the Grand Canal.

But a rival plan was just as attractive.

This would start on the north side of the Liffey, join the Rye at Leixlip, then hop-skip-and-jump to the Blackwater, Boyne, Deel and Yellow rivers before crossing Lough Derravaragh. The last stretch would link into the River Inny leading to Lough Ree on the Shannon.

If the southern route was a Grand Canal, this northern option was a Royal one.
The parliament in Dublin favoured the Grand Canal option. It was fifteen miles shorter and its proposed terminus, Shannon Harbour, could connect easily to both Limerick and Athlone. Work began in 1757 – and what gruelling work it was.

Continue reading in this week’s Ireland’s Own (issue 5606)