Bi-Centenary of the Birth of Cecil Francis Alexander

The work of Cecil Frances Alexander will be familiar to people all over the world. As one of Ireland’s foremost writers of hymns and poems, she produced what is arguably one of the most famous and well-loved hymns of all time: All Things Bright and Beautiful, writes RAY CLEERE

Hymns such as ‘All Things Bright and Beautiful’, ‘There Is a Green Hill Far Away’, ‘St. Patrick’s Breastplate’ and the Christmas Carol ‘Once in Royal David’s City’ are some of the many hymns known by Christians across the world and which were written by Cecil Frances Alexander, one of the most famous hymn-writers of the nineteenth century. 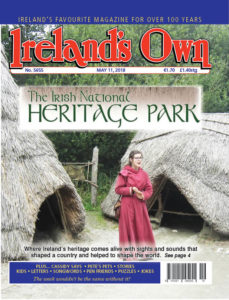 Cecil Frances Alexander, hymn-writer and poet, was born at her parents’ home, 25 Eccles Street, in Dublin, 200 years ago, in April 1818. The precise date is not recorded.

Born Cecil Frances Humphreys, she was the third child and the second daughter of Major John Humphreys of Norfolk and his wife Elizabeth Frances Reed. Affectionally known as ‘Fanny’, she showed that she had a poetic gift and her father encouraged her in it.

She was greatly influenced by Dr. Walter Hook, then Dean of Chichester, and her verses were sacred, sentimental or witty, although never musical.
She had a keen sense of sound and rhythm, combined with a love of nature and the desire to be a good Anglican.

Her subsequent religious work was greatly influenced by her contacts with the Oxford Movement, and in particular with John Keble, who edited one of her anthologies.
She became a prolific hymn-writer and over 400 came from her busy pen. Probably her most famous hymn is ‘There Is a Green Hill Far Away’. That hymn was inspired by a little hill outside the walls of Derry.

In her mind it was on a hill like that that Jesus was crucified. Her hymn was to help her god-children to understand the statements of the Creed: “Suffered under Pontius Pilate, was crucified, dead and buried.”