Seán Hall looks at the amorous storylines that saw Casablanca and An Affair To Remember become two of the most popular romantic films ever made. 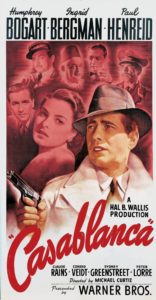 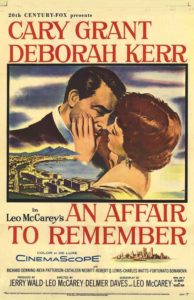 In 1942, Hollywood director Michael Curtiz released a movie based on an unmade stage play, Everybody Comes to Rick’s.

Given the USA’s recent entry to World War 2, Curtiz decided to repurpose the plot by drawing on playwright Wilfred Burnett’s inspiration to write an anti-Nazi play set in French Morocco. Burnett wrote the play based on his experiences in Austria in 1938, where he and his first wife Frances ran a money laundering operation for those persecuted who wished to escape the country.

During this trip, they spent time at a jazz nightclub in the south of France, where black artists performed for French, visiting Nazis and refugees from the Third Reich alike. This club was the inspiration for the Café Americain in both the play and the film, Casablanca, which is run by Humphrey Bogart’s protagonist, Rick Blaine, and the jazz pianist, Sam, who plays American tunes for the guests.

In the film, Rick is a businessman who acts neutral towards the Axis and fascism in general in order to avoid persecution whilst in the territory of Vichy France, a regime which collaborated with Germany during the war. Actually, Rick had served with the Abraham Lincoln Brigade on the anti-fascist side of the Spanish Civil War, as well as performing in other endeavours against fascism.

Continue reading in Ireland’s Own (issue 5589)