Brothers in Arms – The Sullivans

Political affiliation is often more a matter of nurture than the result of independent thinking. What I mean is, people seldom break faith with the values and beliefs they were reared into. This is how political dynasties are formed.

In Ireland, it is unlikely that you will ever see a member of the de Valera family running on a Labour ticket, or a Cosgrave going before the electorate as a Sinn Féin candidate. Even ordinary voters with no political ambitions, except to perform their civic duty at the polling booths, tend to vote as their parents and their grandparents did.

These are general observations, of course, and there are many exceptions to the rule, but you get my point. 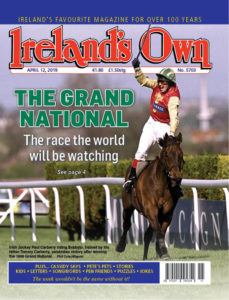 The Sullivan family were like that. Largely forgotten now, Timothy Daniel Sullivan and his brother Alexander Martin Sullivan were like peas in a pod when it came to political outlook, in both principle and practice.

The older sibling, Timothy (who often went by the initials T.D.) was born in Bantry in May 1827, becoming a journalist and published poet. His driving force, however, was politics.

He staunchly believed in Ireland’s right to independence as a nation, but to what degree that independence should extend has always been open to question. From his writings, it is difficult to see if he espoused a full independent republic or simply partial independence under Home Rule.
One way or the other, he was opposed to achieving any political goal through violence.

Alexander (usually referred to as A.M.) was born also in Bantry, three years later. He too became a journalist, joining The Nation, the newspaper established by Thomas Davis and Charles Gavan Duffy in the 1840s. The main aim of that journal was to instil pride in Irish history and heritage and to urge political independence from Britain.

Davis had died in 1845, but Gavan Duffy was still the editor and owner of the newspaper when A.M. Sullivan joined the staff. The Nation’s ethos and Sullivan’s beliefs were perfectly matched and he soon became its main contributor.