The name Plunkett, is an established one in the Royal county of Meath, stretching back to the Norman invasion of Ireland of the 12th century. Another family member, the present holder of the seat of Castle Dunsany, Randal Plunkett, 21st baron, traces the family line back to the seventh century Danes.

The early family, he claims, arrived in England during the Battle of Hastings of 1066, beginning the Norman conquest of England. Their connection with Dunsany castle, situated in the townland of Dunsany, between Trim and Dunshaughlin, began in 1432 with the knight, Christopher Plunkett, Deputy Governor of Ireland.

Christopher came into the lands of Meath through marriage. One source claims, Christopher was active in the Irish wars of that period. He was believed to have been deputy to Sir Thomas Stanley, Lord Lieutenant of Ireland.
Christopher’s son of the same name, is credited with being the 1st Baron Dunsany. Christopher, the younger son, inherited the castle of Dunsany and demesne through his mother, Joan Cusack, heiress to Killeen and Dunsany. 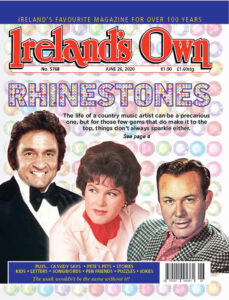 The Cusack family arrived with Hugh de Lacy, one of the early Anglo-Norman invaders. The original castle was built as a towered fortification under de Lacy’s direction, to establish dominance within the English Pale. Much additional work has been performed over the years, especially in the 18th and 19th centuries.

The current Castle is more than three times the size of the original. The Cusack, Plunkett line have managed to retain ownership, making it one of the few castles to remain in the hands of the original family.

However, during Cromwell’s Ireland of the 1600s, the family were forced out of their castle and given the choice, ‘To hell or Connaught’.

In residence at the time was Patrick Plunkett, a Catholic, and 9th lord who came into title and castle in 1603 on the death of his father. Patrick sat in the House of Lords in Dublin. During the 1641 Catholic Confederacy uprising, Patrick, along with some of his fellow Catholic peers, swore allegiance to the Crown.