The Clements go back to 1600s Ireland. A time of Cromwellian conquest and redistribution of Gaelic land. Daniel Clements, an officer in Cromwell’s army, was granted lands in Co. Cavan. The Clements family eventually acquired lands stretching from Leitrim to Kildare and from Galway to Donegal.

The Rt. Honourable Nathaniel Clements, who died in 1777, acquired estate holdings of some 85,000 acres in Cos. Cavan, Donegal and Leitrim. His landholdings in Leitrim brought with it the title the Earls of Leitrim. The title, created in 1795, went to Nathaniel’s first son, Robert, who became the 1st Earl of Leitrim. The title eventually ended in 1952. 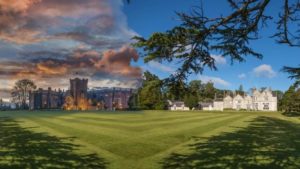 Nathaniel’s family initially lived in modest accommodation on the estate but his successors had ambitions to build a dwelling reflecting their status as large landowners in Ireland.

During the 1830s, Robert Bermingham Clements was instrumental in the building of Lough Rynn castle. Robert died suddenly in 1839 and the estate passed to his younger brother, William Sydney, who liked to be addressed as Lord Leitrim.

William, as the younger son of a large family, never expected to inherit the castle. When he did, he made his mark on the land and left a lasting legacy as one of the most reviled landlords of his day. 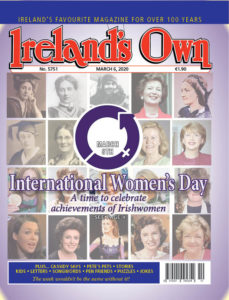 Stories abound of William’s exploits. His evictions of tenants, quarrelsome nature and despotic ways that earned him more enemies than friends, even among his own class.

One source declared: “Lord Leitrim was not a bad man – if he got his own way.”
He ruled his landholdings like a feudal lord. Some historians believe his bizarre behaviour and excesses were attributable to mental illness.