Swords castle has been peppered with a succession of Anglo-Norman archbishops from its construction in c.1200, when it was known as the Archbishop’s residence. The castle is located in the medieval town of Swords, that derives its name from the Irish ‘Sord Colmcille’ or St. Colmcille’s well’.

The town was founded in 560AD around a well associated with St. Colmcille. The castle is one of the very few not to have participated in warfare. Its initial construction was never intended for that purpose. Rather, it was to house the first Anglo-Norman Archbishop of Dublin, John Comyn. 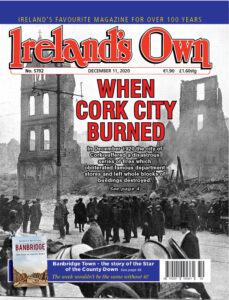 Comyn became archbishop in 1182, following the death, in 1180, of Dublin’s Archbishop Laurence O’Toole, canonised in 1225. King Henry ll sent his favoured servant, Comyn, to Ireland to make the monastic seat a pillar of English rule in this country.

Comyn was also charged with preparing the way for the king’s son, Prince John, to visit Ireland in 1185. However, that was one task Comyn could not quite accomplish.

Despite oaths of fealty to John, from his loyal subjects, John, lacking in the political correctness of the age, managed to offend the Gaelic chieftains. The visit of John, declared Lord of Ireland, was a diplomatic failure.
Comyn’s time in Ireland, was put to good use on behalf of the Crown. Political moves, where he elevated archbishops to prominence in the colonial government of Ireland, saw the clerics ‘take the ear of the king’ which gave them more power than the king’s viceroys.

Comyn, star in the ascendency, held courts in various parts of Ireland and his rank and position is credited by one source as being instrumental in the feudalisation of Ireland. A man of such importance needed an episcopal manor to reflect his status as a landowner and a prelate of high ecclesiastical standing.
It would be the 1400s before the archbishop’s manor became known as Swords Castle. Later excavations gave an insight into what lay behind the walls of the grand manor.

The castle came complete with 300m long pentagonal curtain wall, between 3m and 10m in height, topped off with four towers. The courtyard had chambers for knights and squires and accommodation for the castle constable.