Cathy Kelly – Things That are Close to her Heart

From agony aunt to best-selling author, Cathy Kelly’s love of books from an early age ensured that writing in one form or another was always going to play a huge role in her life, she tells Éanna Ó Murchú

Aside from the prestige of being two bestselling female authors, Cathy Kelly and JK Rowling have an interesting titbit in common – both share the same favourite book from their childhood. 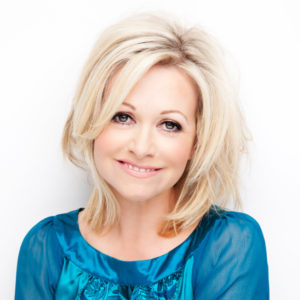 The book in question is The Little White Horse by Elizabeth Gouge. At the centre of the tale is a thirteen-year-old orphaned girl who is sent to the west of England where she encounters a world of magical beasts and draws from her inner strength to become the heroine of the day.

Readers of Cathy Kelly’s work might recognise similar themes of strong women overcoming adversity in her books, beginning with her debut novel, 1997’s Woman to Woman and all the way through to her current chart-topper, Between Sisters.

I find Cathy in chipper form on a calm January morning that breathes easily following the winter’s savage floods, which have thankfully receded. The welcoming author is sitting in her office at home in Enniskerry, feet up, and delighted to have an opportunity to chat.
Her twin 12-year-old boys, Murray and Dylan are in school, and she has knuckled back down to work after the relaxing Christmas season. Her husband, John, is at work, but she is far from home alone! She has three much-loved Jack Russells for company by the names of Dicky, Licky and Scamp. The name Scamp I recognise from an Enid Blyton series of children’s books, and ask if this is where the his title was sourced.

“It may well have,” she says with a laugh, “I read all the Enid Blyton’s as a child, and Agatha Christie’s books too. I loved them. I was a voracious reader and read everything I could, right down to the back of a Corn Flakes box.

“Because I started reading at three, by the time I was ten I had graduated to reading adult books. I remember going to the library in Dundrum and at that time you were allowed three tickets for three books. If there was someone at home that wasn’t making use of theirs, I would borrow their ticket too, just to get out as many books as I could.”

Continue reading in the Ireland’s Own Valentine’s Special 2016