Charlesfort – the Wedding that led to Three Funerals

Situated at the southern edge of the village of Summer Cove on Kinsale Harbour, Co. Cork, stands the star-shaped military fortification known as Charles Fort.

Dating from 1677 and although now ruined, it is operated by Heritage Ireland attracting over 86,000 visitors a year. One of the largest military installations in the country, it has witnessed some of Ireland’s most momentous events including the Williamite War of 1690 and the Irish Civil War of 1922-23, after which the British gave up the building’s usage as a barracks.

As with so many ancient buildings, legends of paranormal activity abound, Charles Fort being no exception. Due to supposed horrific events happening soon after its completion, the fort has acquired a particularly eerie reputation. 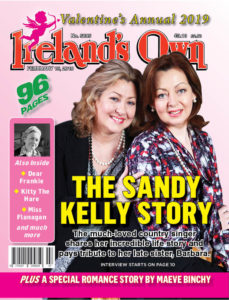 The best known tale in these parts concerns the ghost of The White Lady of Kinsale – truly a tragedy of epic proportion, unrequited love, heartbreak and mistaken identity.
One of the first governors of Charles Fort was one Colonel Warrender, a fierce disciplinarian who meted out harsh punishments for non-compliance.

He had a beautiful daughter, called Wilful, living with him. She soon became the focus of many of the serving officers at the fort, eventually becoming engaged to one called Sir Trevor Ashurst. Warrender approved the match and arranged the wedding – a golden opportunity to show off his fort to all the high-ranking officers in the region.
After the celebrations the newlyweds, seeking some time to be alone, went for a walk along the battlements to watch the setting sun.

Wilful spotted some beautiful flowers growing around the rocks below. She suggested to her new husband that as she did not have a bouquet, she might have those flowers instead. Ashurst agreed and told her that she should go and rejoin the reception party.