Charlotte, the eldest of the three famous Brontë sisters whose novels have become standards of English literature, has a strong association with the County Offaly town of Banagher, writes EILEEN CASEY

The bicentenary of Charlotte Bronté’s birth year will be celebrated throughout the world during 2016.  Together with her sister Emily, Charlotte is regarded as a literary genius and no wonder. Her works, in particular Jane Eyre, continues to capture the imagination of generations of readers. 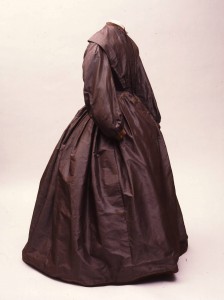 When Charlotte married Arthur Bell Nicholls on June 29th, 1854 at Haworth, Yorkshire, the stage was set for Ireland to be very much part of the rich literary legacy Charlotte left behind her.  Scholars make pilgrimage here each year to walk the same landscape as Charlotte did shortly after she accepted the marriage proposal of her father’s curate Arthur Bell Nicholls.

A letter to her best friend Ellen Nussey, yields a record of events surrounding the proposal which states that for some time Charlotte had been uneasily aware of constraint and awkwardness in Bell Nicholl’s behaviour in her presence, and when one evening in December 1852, Arthur, on leaving Patrick Bronte’s study, tapped on the parlour door, she guessed in a flash what was coming.

Pale, shaking from head to foot, speaking with difficulty in a low but vehement tone, he made her understand what this declaration meant to him.

Thanks to a prolific letter writing friendship with her old school friend Nussey, much of Charlotte’s views on marriage have survived. Before she became Bell Nicholl’s wife, she wrote to her friend a quote that has now gone into literary history: “Indeed Nell – it is a strange and solemn and perilous thing for a woman to become a wife.”
In Victorian England it was indeed a perilous thing. Any property or money made by a woman through wages, investments, gifts or inheritance, automatically became the property of her husband once she was married.

Before Bell Nicholl’s proposal, Charlotte had already turned down Henry Nussey (Helen’s brother) and James Taylor. With regard to Henry’s offer of marriage she wrote: “I ask myself two questions: Do I love him as much as a woman ought to love the man she marries? Am I the person best qualified to make him happy? My conscience answered No to both these questions. I could not have that intense attachment which would make me willing to die for him: and if ever I marry, it must be in the light of that adoration that I will regard my husband…”

Following on from Charlotte’s and Arthur’s wedding, and after a few days travelling throughout North Wales, the couple took a steampacket from Hollyhead to Dublin where they were met by Arthur’s brother Alan and his cousins Joseph and Maryanna.

After Arthur visited his old University (Trinity College), from there, the couple journeyed to County Offaly, to Banagher on the Shannon, and to Cuba Court where they were to stay for the duration of their honeymoon in the Midlands town. 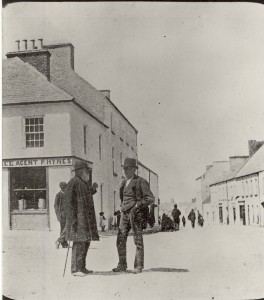 Cuba Court is now sadly demolished but the house, said to date from the 1730s, once held a Royal School. In 1819 the Royal School had some forty pupils and in 1822 the headmaster there was Reverend Alan Bell who had purchased the headmastership for £1,000.

Alan Bell was Arthur Bell Nicholl’s uncle and when Arthur was orphaned early he was subsequently brought up in Banagher by his uncle. Arthur graduated from Trinity College, Dublin in 1844 and then became curate of Haworth in 1845 where he met Charlotte, the third daughter of clergyman Patrick Bronté.

Charlotte, at the age of 31, had already published the extremely popular Jane Eyre. The eponymous heroine is based on Charlotte’s view of herself, ‘plain and simple.’ The novel’s first edition was sold out in six weeks.

Charlotte’s literary career did not get off to a promising start however. Her first novel, The Professor, based on her experiences as a governess in Brussels was rejected. However, encouraged by one editor, she recast some of the themes from her childhood stories into a new pattern. The result was Jane Eyre, a story which became a phenomenal success. Her other great novels are Shirley and Villette.

There are so many facets to Charlotte’s life, facets which continually fascinate scholars who never tire of her work or the places she visited in her lifetime. It is clear that Charlotte, as well as possessing a vivid imagination, wrote out of her own experiences of both herself and the early nineteenth century world in which she lived.

Charlotte’s biographer Elizabeth Gaskell has written extensively about the Bronté children’s early upbringing by an aunt and a tyrannical and puritanical father.
Patrick Bronté had a feisty, passionate, Irish nature and whenever he was angry or annoyed he worked it out through firing pistols out the back door in rapid succession. He gave the gift of toy soldiers to Charlotte’s brother Branwell but each of his five children (Charlotte, Emily, Maria, Elizabeth and Branwell) each took a soldier for their own.
Charlotte and Emily’s first poems and stories contained the imaginary lives and kingdoms of these soldiers.

When Charlotte came to Banagher in June 1854, memories of her childhood narratives must have been activated at the sight of the Napoleonic Tower and the fact that  between 1628 – 1863 Banagher was a garrison town.

Charlotte’s first impressions of Cuba Court are recorded, again thanks to the letters which survive: “It is a very large house and looks externally like a gentleman’s country seat – within most of the rooms are lofty and spacious, and some – the drawing room, dining room are handsomely and commodiously furnished. The passages look desolate and bare – our bedroom, a great room off the ground floor, would have looked gloomy when we were shown into it but for the turf fire that was burning in the wide old chimney.”
In January 1855, Charlotte discovered she was going to have a child. However, severe illness accompanied what should have been a happy event and she died on 31st March, 1855.

Bell Nicholls remained with Patrick Bronté for the next six years until he died and then Arthur returned to Banagher where he lived with his aunt Harriet at Hill House – currently Charlotte’s Way – a beautiful guesthouse still retaining some of the original features from the time Charlotte stayed in Banagher. Arthur married his cousin Mary Anna and lived happily in Banagher until 1906.

Cherished relics found among his possessions include two diary notes of Emily and Anne, in a tin box, and some of the minute childhood writings wrapped in newspaper at the bottom of a drawer. Although Hill House was then quite small, Arthur’s collection of Bronté memorabilia was accommodated throughout, just as he preferred: the parsonage clock at the turn of the stairs, Mr Bronté’s gun in the dining room, Charlotte’s wedding clothes in a chest, first editions in glass cases and other books and pictures throughout the house.

To the end of his life Arthur Bell Nicholls never forgot Charlotte and it was her portrait which hung on the wall opposite his death bed. He is buried in the graveyard in St Paul’s and a plague commemorates him there.

Who knows what masterpiece might have come from Charlotte’s pen, inspired by her trip to Banagher, Co. Offaly, had she lived. Alas the world will never know.