Cheers – where everybody knows your name

‘Making your way in the world today takes everything you’ve got’.

You’d be forgiven for thinking that’s a comment on the cost-of-living in 2022, but most will recognise it as the opening line of the catchy theme tune to the hit 1980s sitcom Cheers. The song was written by George Portnoy and Judy Hart Angelo after a couple of unsuccessful attempts at a suitable theme for the fledging NBC show.

Brothers Glen and Les Charles created Cheers along with James ‘Jimmy’ Burrows. The Charles brothers started their careers as writers for other hit tv shows M*A*S*H and Taxi. Burrows is a well-established tv director who since went on to co-create 3 Sisters Entertainment, responsible for making Will & Grace. 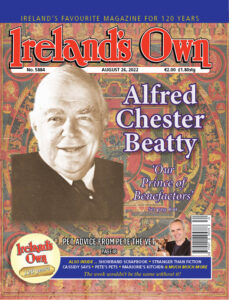 Cheers was a subterranean Boston watering hole where a motley crew of locals came to relax, unwind, and bond like family through their many hilarious and touching life experiences.

The bar’s on-off owner and main character in the show is Sam ‘Mayday’ Malone (played by Ted Danson). Sam is an ex-Boston Red Sox pitcher with a philandering reputation, but his main love interest is the erudite and well-educated barmaid Diane Chambers.

Diane has lofty intellectual ambitions, and a lot of the comedy comes from the stark social differences between herself and Sam, and her barmaid nemesis Carla Tortelli. Carla is a small, feisty waitress with a brood of growing children and razor-sharp wit.

Amongst the victims of her sarcasm is bar regular Cliff Clavin, the ‘know-it-all’ mailman who lives at home with his mother and has little luck in the game of love.