One of the best-loved westerns of all time was Butch Cassidy and the Sundance Kid. It was a combination of drama, action and comedy with popular theme music.

Before Paul Newman and Robert Redford were cast in the leading roles many of Hollywood stars were considered – including Steve McQueen, Warren Beatty, Marlon Brando and Dustin Hoffman. The latter was considered for the role of Butch Cassidy. 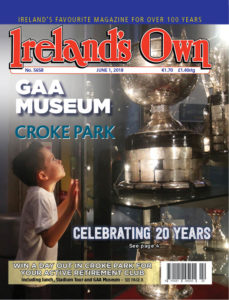 The iconic teaming of Paul Newman as Butch Cassidy and Robert Redford as the Sundance Kid was a powerful piece of casting. The other leading players were Katharine Ross as Etta Place, Strother Martin as Percy Garris, Henry Jones as the Salesman, Jeff Corey as the Sheriff and Cloris Leachman as Agnes.

The screenplay had originally been titled The Sundance Kid and Butch Cassidy when Steve McQueen was on board to play the Sundance Kid. When McQueen dropped out, the names reversed in the title, as Newman was a superstar. Newman was reluctant to play a comic role but he was eventually convinced.

In addition to some studio interiors and exteriors, the film was shot on location in various parts of Colorado, Utah and New Mexico for the Bolivia scenes. While filming in Mexico almost the entire cast and crew, and the director, came down with Montezuma’s Revenge.

Robert Redford wanted to do all his own stunts but the producers were reluctant to allow him. Newman was especially upset about Redford’s desire to jump onto the train roof. Newman only did his bicycle stunts. The spectacular river jump was shot at the studio’s Century Ranch near Malibu. The two star’s stuntmen actually jumped off a constructed crane by Century Lake.