A family who brought humour with horror to US television in the 1960s and built up huge popularity is still fondly remembered by audiences to the present day.

The ghoulish sitcom ‘The Munsters’ was in black and white for its two-season run, and featured mortician Herman Munster, who was an early 19th century creation of Frankenstein, and his wife, Lily, who was half-Vampire and some relation of Dracula’s. 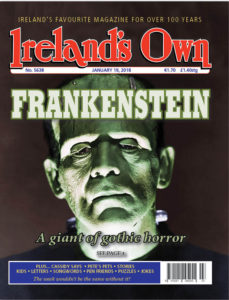 Lily’s father, who had Dracula-like looks was known as ‘Grandpa’, and Herman and Lily’s son, Eddie Munster, was an average American teenager; except for being a Wolfman. The happy family were extended by niece, Marilyn Munster, a blue-eyed blonde, who looked totally different to her spooky, but humorous, relatives.
The five member family lived a typical 1960s American tv sitcom lifestyle, in a magnificent, but falling down mansion.

‘The Munsters’ characters were loosely based on the horror movie characters of an earlier era and those movies had built up a new following on television in the 1950s. Universal Studios had produced the earlier horror movies, and also produced ‘The Munsters’, which married the idea of horror with humour, with the all American family at the centre of the sitcom.