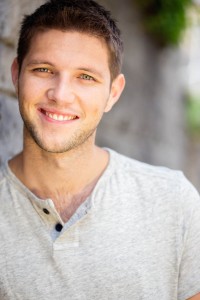 So here we are, back in the Irish end of the calendar. Last year I was writing a column for Ireland’s Own, St. Patrick’s Day edition, and it was one full of excitement and pride, as Celtic Thunder’s Very Best Of show was going from strength to strength on the global markets. I wrote it late one night on our tour bus and the thought of spending St. Patrick’s Day in Calgary, CA was just around the corner. Each of our St Patrick’s Days prior to that had been normally spent on a hectic promo trip in NY, waking up at 3am or 4am to get the voice warmed up for an early morning show performance, followed by an interview with some magazine, followed by an appearance in a parade and some performance at an Irish Cultural meal, with an evening show performance/interview to round off the day…..St. Patrick’s Day has normally meant hard work for an Irish show in the North America!!!

It is a statement to both Sharon Browne, the producer of Celtic Thunder, all of her management team as well as the lads she has chosen in the group, that we’re still talking after such a schedule!! I couldn’t spend a hectic schedule in better company. On a tour, all the hard work is done before we show up. The venues have been booked, the stage has been built, the crew have been hired, the gear has been bought, the accommodation has been booked, all we have to do is stand on stage and not mess it up (sometimes easier said than done). But on these St. Patrick’s Day promo trips it’s a pleasure to state your position in a show when you see first hand just how professional your team is. Since joining Celtic Thunder four years ago I’ve been nothing but spoiled. Thanks Sharon.

So, how does this St. Patrick’s Day fair in the grander scheme of those in the past? Is this article filled with the same enthusiasm and excitement as that of last year’s? Absolutely. As I finish up recording my debut solo album, while watching another Celtic Thunder album go to #1 on the World Billboard charts, as I finish up another term on my newly established Online Learning site CKonLine, life in work could not be better at the moment. However, that is not the only reason this blog is filled with excitement and enthusiasm, but rather the fact that this is the first St. Patrick’s Day in five years that I will be home in Dublin. I will have the chance to see my gorgeous niece and nephew and their reaction to the parade in town. I will get to see the pride around the country and what it means to wave a tricolour, regardless of your heritage. For those who follow my on Twitter and Facebook you will have noticed my public support for Seachtain na Gaeilge and how that has rightly become one of the most important features of this time of year.

Every year, on March 17th, the day after my Mum’s birthday (happy birthday Mum xx), I really do feel nothing but pride. Proud to be Irish, proud to be part of a culture that for one day, makes the world stop. With so much uncertainty in the world at present, having a pint of the black stuff and meeting friends for nothing more than a catchup and a dose of the infamous Irish craic, maybe that’s exactly what we all need. Have a terrific day, look out for each other, spare a thought for those in our society not as fortunate, enjoy each other’s company and, wherever you are in the world, happy St. Patrick’s Day xxx.