On a Saturday in 1899, in a place just outside of Paris, two duellists prepared to duel. This was a strange duel – for a number of reasons. The duellists were women. They were both stripped to the waist. And – stranger still – they were poised to fight to the death with scissors!

The women had discovered they were both ‘seeing’ the same local lothario, a man dubbed ‘Handsome Polyt’. And they had met that day to fight for his hand – as it were. But just as his female suitors were about to fight, Polyt made an unsavoury comment. It was a comment that was so unsavoury that both of the women turned their scissors on him. He survived – but only just. 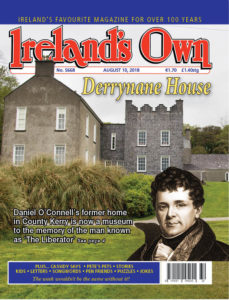 When we think of duels – sometimes referred to as “pistols for two and coffee for one” – we tend to think of ‘gentlemen’, armed with pistols or swords, prepared to die over a matter of honour. Fortunately, history is a lot stranger – and more interesting – than that.

For a start, it’s a myth that only swords and pistols were used for duelling. In fact, duellists could be really creative when it came to devising ways to kill each other.
For example, in 1887, when two wealthy Mexican business men, Señor Victoria and Señor Pedrazo, fell out at a society ball, they chose to settle their dispute by being locked in a dark room with 100 tarantulas.

In this duel, they were to attack the spiders, not each other; and neither man could leave until all the spiders were dead. Some hours later, when the duelists still hadn’t left the room, some of their friends smashed their way in. They found the two men lying on the floor, lifeless and surrounded by tarantulas.

A similar duel took place in Bengal in 1894, when two army officers fell out over an English girl. They were locked in a dark room with a vicious snake that had not been fed for several days. It wasn’t long before one of the men felt the snake’s fangs pierce the flesh of his thigh.

In 1904, just outside Paris, France, two elderly American gentlemen got into a heated debate about the upcoming American presidential election. One challenged the other to a duel, which was readily accepted.

However, as they were preparing to duel they rowed again, this time over the duelling weapons: one said they had agreed on pistols; the other that they had agreed on swords. They compromised by climbing into their cars and ramming each other!
Another myth is that duelling was about restoring a man’s honour and reputation. In reality, those with too much money and too much time on their hands, duelled over all kinds of ridiculous things.

In 1847, a captain in the British Army challenged a general to a duel when the general refused to drink a toast with him. The general explained that he was under doctor’s orders to avoid all stimulants, but the captain was having none of it and insisted that they duel.

On another occasion, at a British Army camp in India, an officer took the newspapers that had just arrived from England back to his private quarters. When a fellow officer reminded him that all of the men eagerly awaited the arrival of the newspapers from home and that the camp rules stated that they should be kept in the mess so that all the men could read them, it ended in a duel – and a death.

And if you think that it couldn’t get more ridiculous than that, another man was killed in a duel triggered by an argument over the weight of a goose.

Possibly the biggest myth about duelling is that it was an exclusively male affair. Women duelled, too. And they often brought a little flair to duelling. For example, when the French actresses Marotte Beaupre and Catherine de Urlis duelled, they did so with swords on a Paris stage. And when two French society ladies, Melinte and Prelanie, fell out over a greyhound, they duelled with pistols on horseback.
Given just how crazy duelling was, it would be great to think that it was something that the Irish had avoided. Not so.

In fact, it was a duel in Ireland that ended in the most unexpected of legal consequences for a duellist.

In November 1898, Duncan McGregor, who was overseeing building work at Lough Swilly in Donegal, discovered that his 15-year-old daughter was seeing a soldier. He ordered her to end the relationship. She refused. And the fiery argument that ensued ended in a midnight duel between father and daughter.

By the time the police arrived, both were nursing gunshot wounds. And while both father and daughter were charged with shooting each other, McGregor was also charged with “keeping his daughter out in the cold all night.”