In 1855, near the English village of Langtoft, lightning struck the field that Yorkshire man Reuben Stephenson was ploughing in. It killed both of his horses and left him close to death.

When the doctor examined Reuben, he found that the man also had “a malignant cancer of the upper lip.” It had been there for some time. When he had recovered from the lightning strike, Reuben was brought back to the hospital so that doctors could attempt to remove the tumour. But there was no need: they discovered the cancer was almost completely gone.

Had the lightning cured his cancer?

It seems highly unlikely, but over the years there have been similar reports of people being cured of serious illnesses after being struck by lightning.

In 1905, it’s claimed that a bolt of lightning saved the life of New York socialite Mrs Warren Williams. Williams, who was close to death with typhoid fever and blood poisoning, had been lying on her bed when lightning hit her bedroom and started a fire. 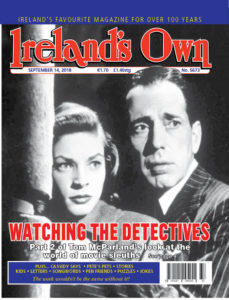 She was rescued from the burning room by her husband. He carried her to a neighbour’s house and called the doctor. He feared the worst. But, according to her physician, Dr Kaufman, not only had Mrs Williams escaped the flames unscathed, she appeared to be cured of the typhoid fever and the blood poisoning.

When asked to explain Williams’s miraculous recovery, Kaufman said that he was certain “that the flash of lightning which filled the room had some strange effect.”
In April 1934, four-year-old Muriel Fearnley had her sight restored by lightning. Muriel wasn’t actually struck by the lightning. Instead, an exceptionally vivid flash of lightning caused her to cry out and cover her eyes with her hands. Her mother covered her with a blanket and soothed her to sleep. When Muriel woke the next morning, she could see again.

Muriel had lost her sight when she was three-years-old, as a result of measles. And just a few days before the thunderstorm that restored it, doctors had told Muriel’s parents that her blindness was incurable.

And in April 1921, in the Upper Edmonton area of London, a thunderstorm that blew out the windows of several homes, felled a 40ft tree, and burnt a mother and her children, also cured two young boys of their deafness.

All of these incidents, which many would consider to be miraculous, are also very, very strange. But some are stranger than others.

In July 1914, in the small Yorkshire town of Castleford, a miner had his sight restored by lightning, just 25 hours after another lightning strike had taken it.

The miner, Isaac Barnes, was first struck as he sat on the doorstep of his mother-in-law’s house, enjoying the spectacle of a thunderstorm over the town. Suddenly there was a “highly dazzling flash of lightning.” According to Barnes, it “went zig-zag like a corkscrew, and suddenly everything went dark.”

“Oh God, I’m blind,” he screamed.
Barnes also lost his hearing, and he was struggling to speak, too. He flew into a wild rage, and men from the street were called to the house to help restrain him. Even after the doctor had administered a sedative, Barnes still needed to be restrained.
Several hours later, his hearing and speech had returned – but Barnes still couldn’t see. His eyes, he said, felt like someone “was pricking them with needles, after filling them with sand.”

On the following night, the town was hit by another storm. And at 7:30pm, immediately after an exceptionally vivid flash of lightning and a loud peal of thunder, Barnes began to shout from the bedroom where he was resting.
His wife, who had only just left his bedside, ran back to the room. “I can see again, Flo!” he exclaimed. “Thank God.”

When she was 17-years-old, Edith Robinson got caught in a thunderstorm. Edith’s right leg was three inches shorter than her left leg – a condition called leg length discrepancy – and during a loud peal of thunder her right hip “gave a crack like the report of a gun.”

Shortly after, there was another crack from her hip. At this point, before her eyes, her right leg began to straighten out – until it was the same length as her left leg.
It seemed like a miracle, but Edith’s doctor was very quick to dismiss this. “It is a case of hysterical joint,” he said. “Owing to the pain caused by the rheumatism the muscles had become contracted.”

As for the rest of these incidents, we’re left to believe that they really were miracles – miracles caused by one of nature’s most destructive forces.

But before anyone tries to test the curative power of lightning, please remember this: regardless of your medical condition, lightning is more likely to kill you than cure you!