From singing in the choir at Christmas Mass to the special festive soup tradition that has been passed on from his mother to his sister, Daniel has always loved Christmas, he tells June McDonnell

The Andy Williams 1963 hit Christmas song The Most Wonderful Time of the Year aptly reflects Daniel O’Donnell’s love of the season. When we chatted recently about Christmas he described it as a ‘magical’ time, and his love of Christmas and everything associated with it is palpable. 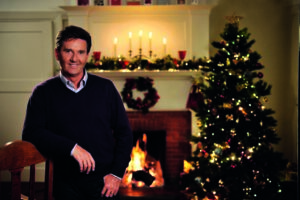 He recalled his childhood Christmases growing up in Kincasslagh with great innocence and affection.
The excitement and anticipation would begin a few weeks beforehand, and young Daniel would watch the advertisements on television for all the toys that Santa was busy making in his workshop at the North Pole.
His letter to Santa asking for some of these exciting toys would be written with great enthusiasm and care, and then duly brought to the postmistress in Kincasslagh who knew Santa’s secret address. 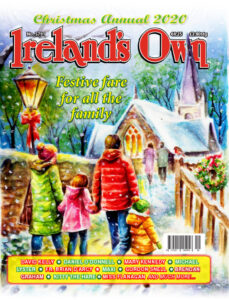 It was a busy time of the year in the O’Donnell household. His mother would be doing the usual preparations, getting the house ready for Christmas.
The crib would be given pride of place. Holly and ivy picked locally was placed behind pictures and coloured paper decorations hung from the ceiling.

The Christmas tree in the hall was festooned with coloured lights, all very visible through the glass in the hall door.
His grandmother, who came over from Owey Island to stay with them for Christmas and the winter, would be knitting socks and jumpers as presents for all the family.