Did Daniel O’Connell read from this Altar Missal?

While downsizing and de-cluttering when moving house last summer and when boxing books for the local charity shop, I re-discovered a precious item which I thought I had lost for good.

In the 1980’s I used to frequent, every so often, an antique shop in an east Cork town in search of a bargain. The shop is long since closed. One day I was browsing through a shelf of old editions of books that the shop manager said had been unsold at a recent house-contents’ auction.

One book was a copy of Homer’s The Iliad. Another, an Altar Mass Missal (Missale Romanum). I think I paid about five punts for an armful of these left-over books. Days later I had a closer look at my purchases and found that many pages/leaves of Homer’s Iliad were still uncut from their original quarter-folding. 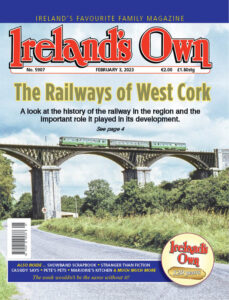 When I examined the Latin Missal, in a very fragile condition, I found a loose prayer-leaflet among its pages. It was headed: Prayer for the Repeal Martyrs, Composed by the Roman Catholic Arch Bishops and Bishops, assembled at Maynooth College, on the 27th June, 1844. The prayer asked God to “Direct our legislators to enact laws founded upon thy holy commandments, and make Ireland prosperous and happy; and as thy servant, Daniel O’Connell, who has laboured with so much zeal and perseverance to promote those sacred objects, is now detained in captivity, give him grace to bear his trials with resignation …”

At that time O’Connell and seven others were imprisoned in the Richmond Bridewell Penitentiary in Dublin convicted on charges of conspiracy.