For as long as there have been movies, Hollywood has been drawn to the disaster movie and the idea of keeping us glued to the edge of our seats, but not always with the desired effect, writes Tom McParland

Isn’t it awful? All those cars piled up on the motorway, the emergency services doing their best to sort out the devastation, getting the injured to hospital and informing the people who need informing. 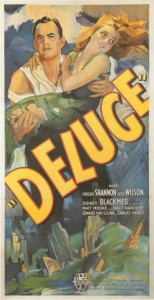 But what are those idiots doing on the opposite carriageway? Rubbernecking! Worse – some are even taking pictures on their cell phones. How would they feel if they were the bleeding or injured? They should be arrested, jailed or horse-whipped. I don’t know WHAT the world is coming to.

But we – dutiful citizens minding our own business – seem to know rather too much about this accident. How come? Well, it’s on TV. And our informant wasn’t some other carriageway driver made idle by the traffic build-up whose cell phone curiosity had got the better of him.

But two RTÉ cameramen with €120,000 H. D. cameras on their shoulders, plus other TV, radio and newspaper reporters. How will the bereaved or injured feel about them? The truth is, they won’t. Either about RTÉ, reporters, or how they’ll look on Paddy’s cell phone.
And there we have – in microcosm – the reality of human nosiness. We won’t admit it, but we love disasters. Particularly irreparable TV disasters which don’t involve us. That’s why pixel knowledge evokes pixel empathy. The people we’re most concerned about in TV disasters is us. Oh the poor people! we feel obliged to cringe (an advance deposit of self-sympathy irrationally placed in destiny’s bank account lest fate deals us a bit of the same).

That done we – self-appointed fourth emergency service – now seek scoundrels. Our guilt graph skirts the injured and the dec eased (they’re victims not negligent culprits!) and concentrates on the ones whose behaviour most closely resembles our own.
Blameless Paddy stuck on the motorway who took pictures on his cell phone to assuage boredom. Anything to say before we hang draw and flail you Paddy? Yes, Paddy says: The reason the emergency services attended so promptly was because I called them and sent a picture the first instant. Hmph! Hang him anyway.

This is our way of flagellating away the very idea that we would take pictures. But surely normal deranged people like us have our place? We do. In the cinema watching make-believe disasters, in between soap disasters and no-TV news days. Like lovelorn lovers we’re bereft of our other half – disaster. 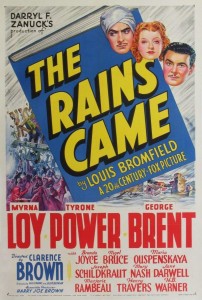 Hollywood’s idea of a disaster movie is one the public boycotts. Disaster movies are hard to distinguish from horror movies. In the genre, disasters usually occur from innocence in some form, curiosity, hubris, inadvertent tinkering and recklessness. Similarly, horror in horror movies.

But additionally, horror can result from existent but unknown – or other world – causes, allowing the possibility of supernatural horror. Disaster and horror plots involve protagonists becoming alerted to the exigency and eliminating, or containing it (for a possible franchise). Distinction between disaster and horror movies? A disaster movie constantly threatens to destroy Charlton Heston’s toupée. A horror movie leaves him bald.

The disaster movie’s force majeure must, from the first OMG!, have the capacity to sprout continual OMG’s. Yet, with so many OMG victims, a disaster movie can’t exactly have a happy ending. The best we can expect is uplifting resolve to prevent another OMG!
If, before the final clinch, Susan Hayward notices that her locks are exactly the same colour as Charlton Heston’s lost toupée, she’d say something noble like, “As God’s my witness Charlton – you’ll never be baldy again!”