Associated throughout the world with feelings of hope and regeneration, the Solemnity of Easter, commemorating the Passion, Death and Resurrection of Jesus Christ, is the most important festival of the Christian calendar.

Easter occurs on the first Sunday following the first full moon after the Vernal Equinox, March 21, decided during the First Council of Nicaea in 325.

The true origins of Easter, however, lie not in today’s Christian celebration, but rather in ancient Germanic rituals connected with the arrival of spring: indeed, the word ‘Easter’ derives from the Old English word ‘astre’, of Germanic origin, perhaps from ‘astre’, the name of a goddess associated with spring. 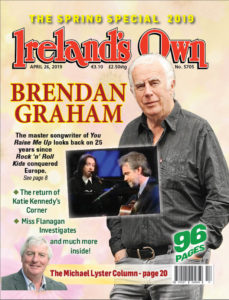 Celtic spirituality, too, emphasised a strong bond with the natural world. Through its beliefs and practices, it has continued to shape Irish folklore to this day.

On Good Friday, people traditionally engaged in ‘spring cleaning’. A priest would visit the refreshed house to bless it and its inhabitants. It was customary to plant a small amount of crops on this day, as this thought to promise a good yield. People, however, refrained from working with tools, to avoid the possibility of bloodshed on this day of Christ’s Passion and Death. It was also traditional for people to go for a haircut on Good Friday in the hope of preventing headaches during the year.
Fingernails and toenails were also trimmed, and new clothes purchased to be worn on Easter Sunday. People refrained from speaking between midday and three o’clock in the afternoon, in memory of the Passion. Celebrations of the death of Jesus were well-attended in local churches at this hour. The intermingling of Christian and pagan belief on this day was evident when these churchgoers also collected water from holy wells, claimed to have additional curative powers.

Tradition also held that anyone who died on Good Friday would receive automatic admission into Heaven.