Of the more than 60 plays that he created, Pygmalion was Dublin-born George Bernard Shaw’s most financially successful one – and he directed it himself. Anonymously.

Instead of it being premiered in London, he had a translation into German made, and decided that the premiere would be in the Hofburg Theatre in Vienna. It opened there in October, 1913.

Why did he make the decision about launching the play in Vienna? Because, crusty, combative, and opinionated as he was, he was fed up with the reaction of famous London critics. They held that all he wrote were “talky” plays in which nothing, other than witty repartee, took place. A few of them went so far as to call them non-plays. 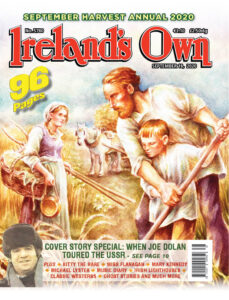 That infuriated Shaw. He felt their criticism was unfair. Which was mildly ironic, really, given that Shaw himself was a theatre critic who could be savage in his reviews. At times he ripped into actors, directors, and playwrights – if they didn’t reach the standards he expected and demanded.

Several of the Vienna reviews of Pygmalion saw it as a positive departure from Shaw’s usual dry and didactic style. In the years ahead Pygmalion would be assessed as the most broadly appealing of all of his theatrical works.
It opened in His Majesty’s Theatre, London, on April 11, 1914. Shaw directed the cast anonymously, and Mrs Patrick Campbell (with whom he was infatuated) played the part of Eliza Doolittle, the central character. The actress had never before played a working-class role.