Fifty years ago a 19 year-old runner from County Mayo set a new Irish junior record by running the 10,000 metres in a time of 30 minutes, 17 seconds, a record that still stands to this day. Frank Greally, who had only recently joined the Donore Harriers club in Dublin, set the record at Santry Stadium.

On the evening of August 19, 1970 the young man from Devlis, outside Ballyhaunis, used a few colleagues from the Donore club to act as his pacemakers. 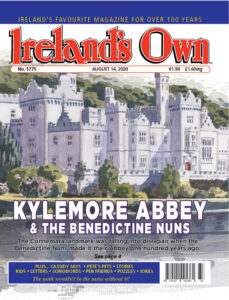 Frank takes up the story: ‘‘I worked as a junior postman in Ballyhaunis and in 1970 I got a job as a postman in Dublin where I joined the famous Donore Harriers club. It was there I met the legendary coach Eddie Hogan.’’
‘‘Tom O’Riordan, the top Donore Harriers runner of the day, set the pace in Santry and I shadowed him until he dropped out with a bruised heel. We were running on a cinder track, nothing like the modern surfaces.’’

‘‘I am amazed that my junior record has stood for 50 years. A few years back Kevin Dooney, attempted to break my record on the track in Irishtown. He came close with 30:23.63, the closest any junior runner has come over the years.’’

Then came an offer from Neil Cusack of a scholarship from East Tennessee State University in Johnson City. In the American Deep South, Frank’s running career didn’t progress as well as he had hoped it would.