From our archives – Angela Lansbury – at home in Cork!

Nominated for a record ten Golden Globes as Best Actress in a TV Series with four wins, it comes as no surprise that Murder, She Wrote will always remain Angela Lansbury’s favourite role. 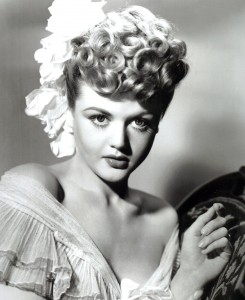 The series, in which Angela played Jessica Fletcher, a novelist and amateur sleuth, ran for 12 years from 1984, with 264 episodes that resonated with global audiences. It averaged around 23 million viewers per episode and turned her career right around.
Previously she had been best known for her movie roles in films such as Gaslight, The Picture of Dorian Gray and The Manchurian Candidate as well as stage performances including Gypsy, A Taste of Honey and Sweeney Todd. Then came Murder She Wrote, and it opened a completely new phase in her career.

“I know why the whodunnit pulled in the viewers,” she says. “There was never any blood, never any violence – and there was always a very satisfying conclusion. The jigsaw was complete, and I loved Jessica’s everywoman character. It was always a great joy to play the role.”

The producers first offered the part to Jean Stapleton but after nine years of playing in All In The Family and Archie Bunker’s Place, she said she did not want to be tied down to another series. Doris Day was then offered the role but she, too, said no. When Angela Lansbury’s name came up, they were a bit sceptical as she was mainly known as a movie and stage star. Earlier they had approached Angela to see if she ever considered going into TV. She said only if the right script came along. They would send her the draft of Murder, She Wrote which she accepted. The rest is TV history.

Angela turns 90 on October 16, surprisingly enough, but looks at least 30 years younger, a fact which she readily attributes to Ballycotton in east Cork, where she has lived on and off for over 40 years. In any event, there was already an Irish connection as her mother and her side of the family came from Belfast, though Angela herself was born in London.
“Today I live in Brentwood in California but I still have my house in Ballycotton, which I try to visit at least once a year,” she says. “When I first moved to Cork in 1970 with my late husband Peter and our two children Anthony and Deirdre, who were teenagers at the time, it was the sanctuary we needed after a fire destroyed our home in Malibu.
“Besides, we needed to get away from California and the drug culture and all that. Moving to Ireland was like beginning all over again and it afforded us that time to get back to basics really.

“We bought a house in Cork and we did the gardening and I learned how to cook for the first time. We used all the produce from the garden and so on. Ireland offered us a new life and it meant the children wouldn’t be exposed to any more bad influences like they encountered in California.

“Both the children had fallen in with an unsuitable crowd and had become heavily involved with drugs. It started with cannabis but moved on to heroin. It pains me to say this but at one stage Deirdre was in with a crowd led by Charles Manson. Something had to be done so Peter and I agreed that we had to leave – and soon. We considered Ireland for peace and quiet, so we upped sticks and moved to Cork. It was a decision we never regretted.

“We sold that first house and moved back to the US to see if things there had changed but they hadn’t. In any event, we found that we missed Cork and vowed to go back. We did that in 1992 when we bought a piece of land and built a new house and we’ve had that place ever since. You would have to love Cork, with its beautiful scenery, pace of life, friendly people and all that.

“Also, and this is important, was the way the local community respected our privacy. In America you would be mobbed by fans whenever you went out in public. Everybody wanted to meet Jessica Fletcher and get her autograph. I really had no private life. It’s so different in Cork, thankfully. Don’t forget to mention, too, that I’m proud of my Irish citizenship.”

When Murder, She Wrote ended in 1996, Angela resumed her career, this time on Broadway and picked up all kinds of awards. “That’s life, I guess,” she laments. “One door closes and another one opens. That’s the way it’s always been and will continue to be. It will never change.”

Angela maintains that she is essentially a stage actress who got a break into movies as a teenager. She could well have been in politics as her paternal grandfather George Lansbury was leader of the UK Labour Party in the early 1930s and an MP.
Her parents also had a keen interest in politics, although her father’s time and energy was taken up by his prosperous wood veneer business and her mother Moyna was more interested in the stage.

“My father died of cancer when I was nine and it took a lot out of me,” she remembers. “I lost interest in my school studies, although I was never very academic. I became something of a dreamer, lost in my grief.

“Like my mother, I became more interested in acting. When my mother uprooted us four children to try her luck in America, we moved at first to New York and then to Los Angeles.”

While still a teenager, Angela was introduced to one of the casting directors at MGM studios in Hollywood and he suggested she meet the celebrated director George Cukor who was looking for actors and actresses for his new film Gaslight. She was duly cast at 17 as Cockney maid Nancy and won a Best Supporting Actress nomination in 1945. “I was wrapping Christmas parcels in a department store one minute, then playing opposite Ingrid Bergman the next,” she remembered. “It was incredible.

“MGM put me under contract at $125 a week, a lot of money in those days. I was cast in The Picture of Dorian Gray as Sibyl Vane, an innocent young actress who comes to a tragic end. The role won me a second Oscar nomination in 1946.

“At home I was supporting my mother and student brothers, so if anything good came out of my father’s early death, it was being catapulted into maturity ahead of my contemporaries. I grew up fast because I had to.”

When the subject of many actresses all but disappearing in their middle years comes up, Angela maintains she was very lucky throughout her career. “Many do, and that’s true. I maintain that it must be hard to be born a beauty because it’s almost as if you have to live that down and let the real person emerge. Me? I was all talent and no looks.
“No, I haven’t resorted to cosmetic surgery. If you’ve made your name as character actress, you don’t need to. You only have to look to Judi Dench or Maggie Smith for instance. We’ve all maintained the way we look, by which I mean we haven’t re-positioned our faces.

“We still look like who we were. But if you’re just a beauty you have to try and sustain your looks and some women have been unable to settle to the fact that they were losing their greatest asset. That can be tough. The trick is to decide what you are going to lean on as you grow older – is it the need to maintain your beauty or is it the need to adapt and play older parts?” It was when Angela reached her 60s that she enjoyed her greatest success, at least in terms of audience numbers, with Murder, She Wrote. “It prolonged my career,” is how she puts it. “It gave me a whole new life.”