On the morning of 20 September, 1803, Robert Emmet was taken from his cell for escort to the gallows, having been convicted of high treason. His sentence was death by hanging, to be followed by beheading.

He was walking down the steps from his cell when he suddenly recalled something left undone and, with typical coolness, asked permission to write one final letter before he met his fate. He received the necessary permission. With a steady hand and without stopping to think, he wrote a letter to William Wickham, Chief Secretary for Ireland and ruthless spymaster, who had been largely responsible for his capture. 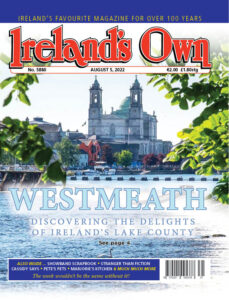 It is a remarkable letter, written in the formal style of the early 19th century but full of forgiveness and kindness for the man who had hunted him so relentlessly.

It ended with the words “I have the honour to be, sir, with the greatest respect, your most obedient, humble servant, Robert Emmet.”

That letter was to change the whole course of Wickham’s life. He never forgot it; it haunted him ‘till the day he died.
William Wickham was born into wealth in Yorkshire in 1761. His father was Henry Wickham, Lieutenant-Colonel in the 1st Regiment of Foot Guards, and a justice of the peace. William had a privileged childhood. He attended prestigious Harrow School and Christ Church, Oxford. He took a law degree in Switzerland in 1786 and was also called to the bar in England.

Wickham abandoned his career as a barrister in 1791 and began to dabble in politics at a time when the French Revolution was worrying the British. In 1795, he was appointed as Charge d’Affaires to the British Embassy in Switzerland and later was appointed ambassador there.