How Handel’s Messiah Came to Dublin

In 1738, a major volcanic eruption in the Kamchatka Peninsula in Russia caused serious disruption to weather conditions across Europe. Ireland was particularly badly affected.

A “Great Frost” in 1739 lasted seven weeks. Potatoes and tillage crops, such as wheat, oats and barley were destroyed, streams and rivers that powered the wheels to grind flour, froze and could not operate, sheep and cattle died.

Wooden buildings across the country dried out and many burned down. One of the worst incidents of fire occurred in Carrick-on-Suir where between 100 and 150 houses were destroyed by fire. Dublin was plunged into darkness as the extreme cold snuffed out the oil lamps on the streets. 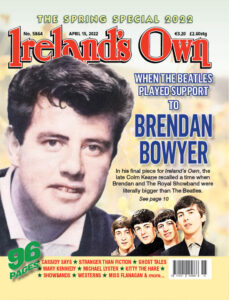 Added to all these problems, coal, which was imported from Cumbria in Wales could not be delivered as the water around ports was frozen. The frost was followed by heavy rains and storms towards the end of the year. In January, 1740, there was yet another massive freeze. Seven weeks of “Black Frost” ensued, followed by drought when the spring rains didn’t come.

Referred to as “Blian an Air” (The Year of the Slaughter), this period resulted in people dying in their thousands from hypothermia and diseases such as dysentery, typhus and smallpox, especially in the cities, where the poor lived in cold garrets and basements.

Starving people flocked to cities like Cork and Dublin, hoping for help. Dublin’s population rose to 120,000. The numbers incarcerated in the five debtor’s prisons swelled with those who had lost businesses, houses and possessions due to fire and inability to pay debts. It is thought that between 310,000 and 480,000 people died from a population of 2.4 million.