The moulding of the dental profession internationally owes much to Ireland’s lead. The first Professor of Dentistry, in either England or Ireland, was appointed at the Royal College of Surgeons in Ireland (RCSI) in 1884. Aged 35, from Omagh, Theodore Stack was a fresh dentistry graduate (DMD) of Harvard University Dental School, launched in Boston in 1867.

During his fifteen-year RCSI tenure, Stack co-founded the Dublin Dental Hospital, and its Odontoblasts Club, and served as President of the British Dental Association.

Until the mid-1800s, the profession evolved piecemeal. Evidence of dentistry dates to 7,000 B.C. Indus Valley civilizations. A 5,000 B.C. Sumerian theory blaming worms for tooth decay was disproven only in the 1700s. Egyptian scribe Hesy-Re was recognised as a dental practitioner around 2,600 B.C.

In ancient Greece, Hippocrates and Aristotle addressed toothache. From the Middle Ages, barbers performed dental surgeries, including bleeding and tooth extraction. France initiated Barber Guilds in 1210. Artzney Buchlein’s book concentrating on dentistry, for barbers treating the mouth, was published in 1530 Germany: ‘The Little Medicinal Book for All Kinds of Diseases and Infirmities of the Teeth’.

Around the same time in Sheffield, Frank Harrison took the first dental X-rays, reporting results to the British Dental Association’s Midland Branch, of which he was President. His 1896 paper ‘The X-Rays in the Practice of Dental Surgery’, broke new ground. Besides recording his X-ray experiments, he designed and patented dental instruments, wrote an illustrated book promoting tooth-care, ‘Our Teeth’, and gave public lectures on oral health.

Curiously, Frank’s father Joseph had already obtained a dental licence, in 1879, from Ireland. In the 1881 census, Joseph described himself as a Dentist/Licentiate of the RCSI. In the 1851 census and White’s Directory, he appeared as a brass and iron turner and cap and ferrule maker, but as dentist or surgeon dentist in the 1857 Post Office Directory for the West Riding. 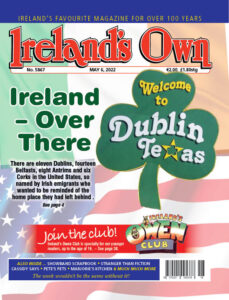 Before the Dental Hospital of London and the Metropolitan School of Dental Science commenced in 1858, no recognised dental training rewarding qualifications was available in England. Following the 1858 Medical Act and a Royal Charter, the Royal College of Surgeons of England (RCS Eng) first issued Licenses in Dental Surgery in 1860.
However, accessing them was notoriously difficult, forcing students to apply to Scottish, American and Irish colleges instead. Until the late 1880s, almost half of English Dentists Registrants had trained in Ireland.

Aged 21, Frank gained his Licentiate from the Royal College of Surgeons of Edinburgh in 1881, followed by a MRCS England medical qualification from London’s Charing Cross Hospital. By 1891, Frank was back in Sheffield, benefitting as a working dentist from his father Joseph’s prescient Irish apprenticeship.

Frank presented a paper on Antiseptics in Dental Surgery at the 1885 Cambridge British Dental Association AGM. As member and one-time President of an illustrious group known as the Sheffield Licentiates in Dental Surgery, he was committed to advocating the merits of dentistry to the widest possible audience. A blue plaque at his Glossup Road premises honours his initiatives.

In the early twentieth century, Edward Leo Sheridan became President of the RCSI, and of the UK Dental Board, forerunner of the General Dental Council. His name graces the annual Sheridan Lecture. The later Fergal Nally Lecture is a similar legacy. Dr John Lee’s 2008 book, ‘The Evolution of a Profession And its Dental School in Dublin’, mirrors the author’s major educational legacy.

A merger with Trinity College Dublin in 1977 ended undergraduate RCSI training, though the Faculty, founded for dental specialists in 1963, endures, its distinguished reputation assuring Ireland’s ongoing contribution to the discipline.

Rapid advances in technological and scientific innovations are refining dental clinical practice and training. Biomimetics, regenerative dentistry, nanotechnology, high-end virtual reality simulations, personalised genomic information, and stem-cell studies, all promise improvements. Meanwhile, effective dentists retain mechanical force and clove oil among traditional stock-in-trade.
Anyway, enough said, as Oscar Wilde quipped in The Importance of Being Earnest: “It is very vulgar to talk like a dentist when one isn’t a dentist. It produces a false impression.”