David Mullen looks back at Ford’s smaller offerings in the Fifties and Sixties: the Popular, the Prefect and the Anglia.

The years just after World War ll in Britain were, in some respects, every bit as dark as the years of conflict. There was still rationing, both of petrol and food. Many of the country’s cities had been bombed to smithereens. The war effort had led to Britain accruing huge amounts of debt. It wasn’t a good time for the motor industry which, having been unable to produce cars during the war, had to reheat a number of its pre-war models in order to have anything to sell at all. 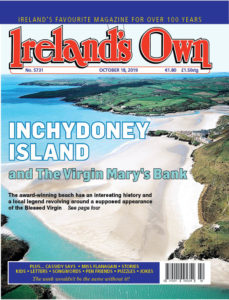 None of this was lost on car-buyers either. The public hadn’t been able to buy any new cars since 1939 and, by the late Forties, Britain was so determined to restore its balance of trade that for motor-makers it was a case of ‘export or die’.
This meant that buyers were a bit stuck if they wanted to buy a car. They weren’t able to buy anything second-hand because production had stopped during the war. Nor were they able to buy something brand new as the majority of new cars were being exported. It would be a case of waiting for things to improve.

One of the companies that struggled to get back up-and-running with new models was Ford of Britain. It did have small cars in its range — the Anglia and the Prefect — but they were firmly pre-war designs with 1930s styling and technology.

Indeed, both cars were rebodied versions of the Ford 7Y which was, in itself, a restyled Ford Model Y, a car from 1932. They were both very similar, the main difference being that the Anglia was a two-door and the Prefect a four. Both were powered by a four-cylinder side-valve engine.

One of the cars’ quirks (common to many at the time) was that the windscreen wipers were powered by the engine intake manifold vacuum which meant that if the car was labouring, for example, going uphill or overtaking, the wipers would come to a stop.

All very old-fashioned, though they were some of the cheapest cars around.