“They were called the Chicken Chaser, they’d drive chickens everywhere, and they were owned by County Council men from here to Co. Clare.” — Richie Kavanagh

The keen-eyed among you will notice that the car from this week’s instalment is missing two wheels. The particularly astute will observe that it’s not actually a car at all!

Honda’s little motorbike, properly called the Super Cub, but also known by a raft of other names, merits inclusion here on account of the impact it had in getting Irish people moving in a way where they didn’t have to rely on bicycles or other people for lifts.

Back in the late-Fifties and early-Sixties there weren’t as many cars on the road as there are now, and so good second-hand cars were hard to come by. Yes, it was possible to buy a used car, but considering the state of the roads back then and how cars weren’t built as well as they are today, it was likely that any cheap second-hand car was going to be a heap of scrap.

This posed a problem for young lads who wanted a bit of mobility in their lives to get to matches, dances and the pub. Whilst many took to bicycles, often regularly covering remarkable distances on them, others turned to other two-wheeled contraptions like mopeds and scooters.

Sales of scooters like the Lambretta, Vespa and Heinkel Tourist were strong as well as those of small bikes like the BSA Bantam. Whilst all these motorcycles helped to liberate people, they had their drawbacks too.
In 1956, Soichiro Honda and his right-hand-man, Takeo Fujisawa, were visiting Europe, ostensibly to attend the Isle of Man TT races in which Honda’s motorcycles were competing.

Honda, a talented engineer, had started his company just after the war, building motorised bicycles. When he took on Fujisawa, a man of business and finance, the pair of them took the company from strength to strength and by the mid-Fifties, the Japanese company was a well-respected motorcycle manufacturer specialising in well-built, fast bikes.
Honda’s main preoccupation was winning on the racetrack, whereas Fujisawa’s goal was to grow the company and beat its business competition. 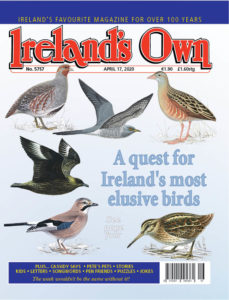 As they visited motorcycle showrooms in Europe, Fujisawa began to notice two things. The first was that people in Europe tended to progress from a moped to a scooter to a bubble-car to a small car. An ordinary motorbike didn’t fit into that pattern.