Geraldine du Berry traces the evolution of Canada from a Franch colony to the independent country it is today.

New France? Never heard of it! Well, ‘New France’ is known to all now as Canada and celebrates its National Day on July 1st.

I’ve always found Canada to be intriguing and somewhat of an enigma, a jigsaw almost. Like any good jigsaw, it takes putting the pieces in place to see the whole picture.

I’m not generally a lover of statistics, but I’ll make an exception for Canada. A glance at their 2016 census throws up some interesting facts. Of their population of 35 million, 5% are indigenous, 20% use French as their first language and a whopping 15% are of Irish descent. 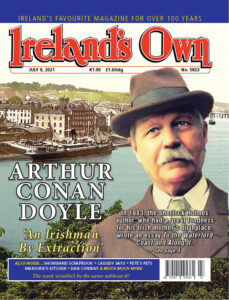 So, how did this country come to have such a mixture of influences and contradictions that have survived to this day?
Similarly to ourselves and indeed, many countries all over the world, Canada was once a colony, firstly of France. In 1534, the French navigator and explorer Jacques Cartier entered the Gulf of St Lawrence, and claimed ‘New France’ for King Francis 1.

The attraction lay in conquering Canada’s natural resources, one of which, was their native animals for the fur trade. Various battles for territories and resources ensued and by 1763, French territories had been ceded to Great Britain, this saw, for example in Quebec, 60,000 French Canadians become British subjects. Canada was now a British Dominion.

Fast forward to 1931, when England granted Canada equal footing with other Commonwealth countries, thereby granting them full legal freedom and equal standing with England and one another.