The Banshee, whose name literally means, ‘the woman of the spirit world’, is the bean sídhe (woman of the shee) and features in Scottish, Irish and Manx tradition. She is a female wraith, thought to be able to foretell a death in a household, but not to cause it.

Since the 17th century the banshee has been depicted so often but in many different ways. She may be depicted as a beautiful maiden weeping for the coming death of a loved one or she may be an ugly gruesome hag. She is often depicted wearing a grey cloak over a green dress. Her eyes are usually fiery red from continual weeping. 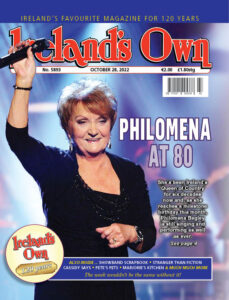 The beautiful banshee has long hair which she strokes with a gold or silver comb. The wail of the banshee is often compared with the keening of Irish mourners and thus is often known as ‘An Bhean Chaointe’ (the keening woman).
The banshee is closely connected with Badhb (or Baobh), the hooded or grey crow, also known as the scald crow. She is a supernatural woman, perhaps a goddess or demon.

She rejoices in the blood of the battlefield but also mourns the loss of dead heroes. The wail of the banshee is a wordless ochón or olagón like the sounds made by professional keeners.

Many Irish clans had their individual otherworldly guardian. Clíona of Glandore caoined before the death of the McCarthy clan chieftain and the sound of Clíona’s wave was mournful and sad. Aoibheall, the banshee of the O’Briens of North Munster, was heard keening the night before Brian Boru was slain at Clontarf in 1014.