Think of what constitutes a status symbol today. Though many people need tools like watches and cars, a Rolex or a Jaguar marks its owner out as being wealthy and supposedly of a higher status than the rest of us.

So it was in the Neolithic period between 4,000 and 2,500BC when, although a stone axe was a necessity like a phone or a computer today, some were considered better than others. 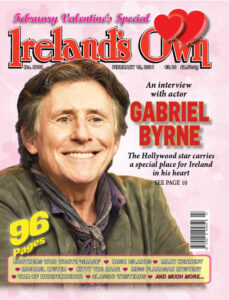 Rathlin’s were considered among the best. An “axe factory”, similar to one in nearby Antrim, was discovered on Rathlin with axe heads made from a very hard rock called porcellanite. Such is the rarity of porcellanite that it can be said with some certainty that other axes of this type found throughout Ireland and Britain likely originated in Antrim or Rathlin.

Many appear too big and heavy to have ever been used and, as such, they could have been merely status symbols or for ceremonial use. After all, you don’t buy a Ferrari to go do your grocery shopping!
Rathlin has been inhabited ever since, and its location meant that, over the years, it saw plenty of action, much of it unwanted.

At its closest point, the island lies 2.5 miles off the coast of Antrim and just 15.5 miles from Scotland’s Mull of Kintyre.