Widely admonished after choosing to save himself while hundreds more perished on the Titanic, chairman of the White Star Line, J. Bruce Ismay, found shelter from the ensuing storm at Costello Lodge in Co. Galway, writes Michael Dwyer

“Day after day he must hear them, the shrieks of drowning men crying down the wind.”

The chairman of the White Star Line, J. Bruce Ismay, was on board Titanic, when the iceberg did its deadly business on the 14-15th April, 1912.

Fear quickly morphed to terror as its bewildered passengers sought safety from the icy ocean. The awful truth soon became clear: sixteen lifeboats, plus four collapsibles, instead of the forty-eight required, would not do. Ismay had decided on this to free up more deck space for passengers to walk and frolic about.

At 1.40 a.m., Collapsible C was being lowered. Twenty spaces were unfilled. Bruce Ismay was dressed only in pyjamas and overcoat. He had been shepherding women and children to safety. On impulse, he stepped in. The insinctive decison to save his own skin would haunt Ismay for the remainder of his days.
A tragic figure and object of derision, he was lambasted at two inquiries into the sinking but ultimately cleared of any wrong-doing. Nonetheless, the catastrophic loss of life – over 1,500 – was laid at his door. He was black-balled in his London clubs and became the target of a vitriolic press whch required a villain: “The World’s Exile”; “Coward of the Century”; “Better dead than Ismay”.

The public’s unforgiving animus greaty distressed him. His grand-daughter records how “the agony of rebuff” turned him into a solitary creature. When he returned from New York he was “pale and haggard with a sense of self-loathing and in many ways a frozen corpse”. 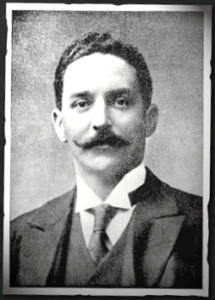 Bruce Ismay relinquished Chairmanship of the White Star Line in June, 1913. He had discovered Casla (Costello) in Galway. That summer he relocated to a hunting lodge by the sea in Connemara where he would spend long fishing seasons for precious repose. Newshounds soon pounced on his location. Papers printed photographs of his refuge with malicious glee: “His lonely prison chosen by himself to escape the jeers of the world,” one caption read.