Kay Doyle speaks to Scottish singer Isla Grant, who is hugely popular here in Ireland, ahead of her new tour and much anticipated album.

You’d be forgiven for thinking that Isla Grant is an Irish singer/songwriter. She has many happy associations with Ireland and has been a frequent visitor here over the years. In fact, she was even referred to as ‘Emerald Isla’ by the newspapers in her native Scotland when her singing career really began to take off in early 2000. 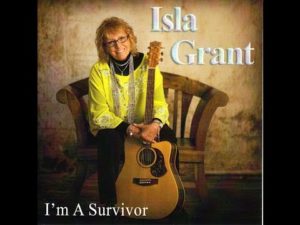 Her Only Yesterday and Mother albums became gold-sellers and have placed Isla firmly in the hearts of her fans here in Ireland and all around the world. Her great-grandmother hails from Glengariff in West Cork, but it was many years before Isla would visit.

“It’s funny that everyone, even in Scotland, thought I was from Ireland,” laughs Isla, with that distinctive Scottish lilt. “Ireland has been very good to me. I recorded my first album, Only Yesterday, with CMR in Ireland. And then through that I went to Australia and New Zealand with Foster and Allen, opening up their show. Things just really took off from there and then the Mother album came.”

Isla Grant’s song Mother is one of her most popular, but one recorded at a very sad time in her life.

“That song was so personal and was a huge song for me. In fact, it was never meant to be recorded. I wrote that after my mum died and I was missing her desperately. I recorded it in our little studio at home and put it away in a drawer and I wanted it to be just for me.

“But Al, my husband, heard it and he told me I had to let other people hear it because so many people lose their mother and they feel exactly the same way. Somehow the album got over to Ireland. Margo O’Donnell had her own radio show at the time and she played the song and it just took off in Ireland. That was the first time I went over – I was supposed to go for seven concerts and I went for seventeen. I’ve been going over ever since and I do believe it was because of Mother.”

Isla’s own mother, Isabella, and her father, Alexander, were dairy farmers, raising their family in the Scottish Borders. She loved farm life and the simple things like helping her father in the milking parlour. Hers was a musical family – her mother was a wonderful singer and active in amateur drama while her father was a pipe major and her grandfather and two uncles were keen fiddle players. It was inevitable that a young Isla would follow suit.

“My oldest brother used to have his guitar hanging on the wall in his bedroom and when I was about seven or eight, I’d creep in to his room and just pluck away at the strings. Then when I was eleven he got married and he gave me the guitar and I taught myself how to play. From then on I played guitar, harmonica and a little bit of accordion and banjo.”

Continue reading in this week’s Ireland’s Own (isseu 5590)