Jane Austen died on 18 July, 1817. Two hundred years’ later to the day, a new £10 note was launched. The unveiling took place in Winchester Cathedral (where Austen is buried) and features a portrait of the writer at her desk with a quill. It also features the writer’s favourite character, Elizabeth Bennet, from her novel Pride and Prejudice.

The note will go on general release to the public next September. It will become a valuable investment in years’ to come – especially when one is conscious of the ever approaching cashless society that faces us. 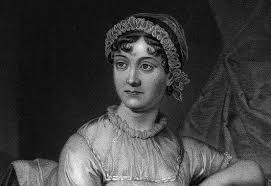 I suspect Austen – who was extremely conscious of money (or rather the lack of it) – would be both amused and astonished at this particular commemoration. She was well known for her sense of irony and sardonic wit.

Jane Austen (1775-1817) was a Regency era writer, best known for her social observations in novels such as Sense and Sensibility, Emma, Northanger Abbey and Pride and Prejudice. Her six major novels interpret and comment on the British landed gentry at the end of the 18th Century.

She was the seventh child and second daughter of a country parson, born in Steventon, Hampshire, to Cassandra and George Austen.Her father, the Rev. George Austen was a kind and scholarly father, who encouraged Jane in her love of reading. One must remember that in that era, girls were not formally educated. There was no ‘going up’ or ‘coming down’ from Oxford as was the hallmark of her brothers.
Thus, Jane’s education, to a large extent, was self-taught. Her reading was wide and eclectic as was that of her sister, Cassandra.Her first attempts at writing could be described as ‘burlesque of popular romances’. She enjoyed parody and sending things up!

However, Austen quickly realised the very valuable tool of an authentic writer – “To write what you know”. She also discovered that other valuable skill of the true writer that “Less if more …”