Joe Biden – The US Presidential hopeful has strong Irish links

CATHAL COYLE looks at the background of the Democratic candidate in November’s election.

Having officially accepted the nomination for President of the United States from at the Democratic Party convention in Milwaukee, Wisconsin, Joe Biden is now facing up to the biggest test of his long and eventful political career.
Following a brave challenge in the early months of 2020 from Bernie Sanders, Biden has received a strong endorsement from the Democratic Party to challenge Donald Trump for the position of 46th President of the United States.

This is the former Vice-President’s third time to run for President, having failed to earn the Democratic nomination in 1988 and 2008. Biden has had recent experience of the White House, though: in November 2008, he became the first Catholic to be elected Vice-President of the United States, as well as the first from the State of Delaware, after being selected as Barack Obama’s running mate. 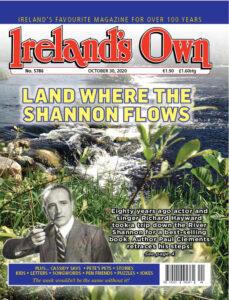 While Barack Obama traced his ancestry to Moneygall in County Offaly, Joe Biden’s strong Irish ancestry has also been well documented and celebrated. All eight of his great-great-grandparents on his mother’s side were born in Ireland during the first half of the 19th century.

On his father’s side, two great-grandparents were also born in Ireland – this makes Joe Biden five-eighths Irish. Biden can link his ancestry to Mayo, as his maternal great-great grandfather Patrick Blewitt was born in Rappagh, near Ballina in County Mayo in January 1835, with death records confirming that he died in Scranton, Pennsylvania in 1905.

Patrick was an engineer who laid out many of Scranton’s early streets. His wife, the former Catherine Scanlon, was also born in Mayo, while their son (and Biden’s great-grandfather) Edward F. Blewitt, was a mining engineer and Pennsylvania state senator.

Another great-grandfather, James Finnegan, emigrated from County Louth as a child, in 1850. His maternal grandfather was Ambrose J. Finnegan, who married Geraldine Blewitt. The Finnegan family were believed to have originated from the Carlingford area of County Louth.