With a vocal range the envy of many but matched by few, Joe Dolan was always destined to be a star. From humble beginnings, Joe was different, he was unique. He had an incredible talent and to this day his songs and his very distinctive voice continue to remain instantly recognisable.

Born in Mullingar Co. Westmeath on 16th October, 1939, Joseph Francis Dolan came from a big family. His father died when he was young and his mother, who always encouraged him, died while he was still in his teens. It was in his native Mullingar that he made his first stage appearance at a local talent show. 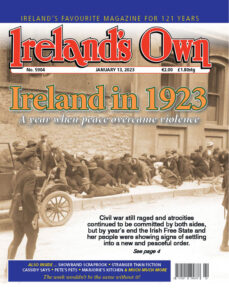 In 1958 Joe got his first job as a compositor with the Westmeath Examiner. Around the same time, he got his first guitar, and having learned to play it, he and his brother Ben, who played the saxophone, began singing locally but soon formed their own band, The Drifters. Tommy Swarbrigg had joined as a trumpet player and down through the years some of Joe’s wider family also joined the band.

The 1960’s Irish music scene was dominated by showbands, and with Joe’s singing style and powerful vocal range it didn’t take long for him to be noticed. The showband scene was made for him. Even with huge acts like Brendan Boyer and Dickie Rock, Joe soon became one of Ireland’s biggest attractions.

Huge crowds would attend his sell-out shows in ballrooms and concert venues throughout the country, and it was regularly recounted that items of lingerie would be thrown at Joe during his stage performances, such was the adulation! Though I plead not guilty to that particular charge!