I was reared in a colourful household that doubled as a rural post office. The major influences were a radio, a gramophone and a Kodak Brownie camera. They were originally sent by our relatives in New York.

The Kodak Brownie camera had a profound impact on the lives of the inhabitants of our house. It was used to record important family occasions, first communions, confirmations and visits by relatives from distant places.

Kodak Brownies for the most part took rectangular black and white pictures – eight exposures on a roll of 616 or 620 films. I lived in New York for a brief period in 1964 and I purchased a Kodak camera after I learned that I would be returning home to a job in Ireland.

The purpose of buying and owning a camera was primarily to take photographs of the members of my uncle’s and aunt’s families to show them to members of the extended family in Ireland. By this time, Kodak had developed and produced a new model of the Brownie Starmite camera with built-in flash bulb that took colour photographs.
My assortment of three-inch square colour photographs, which were taken over fifty five years ago, received special attention from my first cousin, Brian McElligott, during a visit to his home in Westchester, New York. Brian was surprised that I still retained possession of photographs of himself and his brother in the family apartment in Pilgrim Avenue, New York in 1964.

Inevitably, the convivial discussion that afternoon in Mahopac turned to the attraction of rural living for himself and his brothers during the summer months of the late 1960’s and early 1970’s on family trips to his parents’ ancestral homesteads in Bedford, Listowel and in Carndonagh, Co. Donegal.

Brian’s response was swift and simple – nobody asked, “where is Brian?” from the time his father, mother and brothers stepeed from the plane on to the tarmac in Shannon Airport until they returned to New York in late summer.
He elaborated on the significant difference in their lifestyles between the trials of summer living in hot and humid New York and the challenge of turning and footing turf in overcast and cloudy Tullamore bog in the company of our late uncle Jimmy.

He described his older brother Jimmy’s ability to settle into a comfortable position in a wheelbarrow for an afternoon nap while taking a welcome break from his turf saving duties on the high bank. The extra all American hands were a welcome addition to the workforce that also manually saved the freshly mown hay. 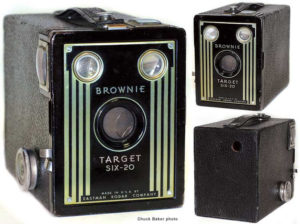 Brian recounted the joys of spending a leisurely day in Listowel with his father, meeting and greeting old acquaintances in a variety of hostelries. Special significance was attached to a visit to my old home in Coolkeragh where his brother Jimmy engaged in serious animated debate with my late mother on a range of topical issues.
The debates always generated a lot of heat but little light!

The routine was different when the family moved to Brian’s mother’s home place in Priestown, Carndonagh in the Inishowen Peninsula. On one memorable occasion, uncle Barney was transporting at least twelve nieces and nephews to the beach in nearby Ballyliffin in an ordinary family saloon car. Unexpectedly, a Garda signaled the car to stop with a wave of his hand.

Initially the Garda conveniently overlooked the over-crowding in the car. Discussion between Barney and the Garda ranged over a variety of local topics and events. Attention eventually focused on the identity of each of the twelve passengers. Calmly, uncle Barney identified each of the boys and girls that occupied the front and rear passenger seats and the car boot (trunk).

He was careful to link each of the boys and girls to their parents, bearing in mind the gravity of the road traffic offence he had committed and the size of monetary penalty that could be imposed by the Judge in Carndonagh District Court.
The garda casually advised Barney to drive carefully and to enjoy the day at the beach!

Remarkably, that event is still etched in Brian McElligott’s mind after the passage of forty years. He confirmed that he regularly practices the same common sense approach in his job as a police officer.

I learned from my cousin Brian that nostalgic Sunday afternoon that his brothers Kevin and Jimmy and himself had benefited enormously during the formative years of their lives from their experiences of family summer visits to Ireland. It was a period of frugal living and rural self sufficiency.

The photographs taken by my Kodak camera in New York fifty years ago reinforced the unique bonds that linked our families on both sides of the Atlantic that are in existence from the early years of the twentieth century. ÷