A short story for our younger readers

The autumn wind was whistling through the forest but Justin Beaver didn’t care. He was tucked up nice and safely deep inside his dam, watching the latest episode of ‘Forest’s Got Talent’. 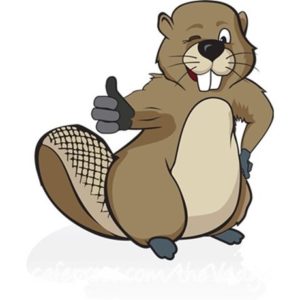 “We have big news for all you talented individuals who feel you could be the next great pop star,” said the announcer, “we are coming to the Great Forest of Alberta to hold auditions this coming Wednesday. So get your songs and ready and we look forward to uncovering some new talent.”

Justin could hardly believe his ears. He jumped to his feet and clapped excitedly. Then he looked in the mirror and started talking to himself.

“This is it, Justin, baby,” he chirped, “your big opportunity has finally arrived. Forest’s Got Talent is about to see talent like it’s never seen before!”

Then he gave himself a big wink before running out of the dam and into the forest to tell his good friend, Oliver the Owl.

“Hmmmmm,” hooted Oliver, as he listened to his excited pal. “I can see why this is a big opportunity for you, Justin, perhaps you would like to give me a demonstration of what you would like to sing for the judges?”

“Stop! Stop! Stop!” cried Oliver. “Oh, Justin,” he said, removing his wings from covering his ears, “from one friend to another, that was truly dreadful. Have you ever thought about if you can actually sing?”

Justin was highly insulted. “Of course I can sing,” he grunted, “my mother says I have a beautiful voice, just like Owly Murs.”

Oliver shook his head. “My cousin Owly Murs is probably the most successful artist in the Forest today,” he said, “and I can assure you that your mother was just being kind. Trust me, Justin, when I say that while you are a better singer than me, which is easy, your voice is still not good enough to go on ‘Forest’s Got Talent’. Do you realise that thousands of animals from all across the forest will be watching you? If it goes wrong you could become a laughing stock!”

Justin had heard enough. He barged his way past Oliver and out of his treehouse. He ran down to the edge of the lake, and threw himself into the middle of a bush. He ranted and raved in his head about what Oliver had just said. Who did that silly old owl think he was, telling him that he couldn’t sing. “Grrrr,” he thought, “this makes me all the more determined. I’ll show him!!!”

Oliver Owl sat alone on his branch, and felt bad. He hadn’t meant to be so forthright with his good friend. But sometimes being a good friend is telling someone what they don’t want to hear. “If only there was another way of Justin entering the competition,” thought Oliver, “he just can’t go on that stage by himself…”

Later that evening, Oliver was out for a fly around the forest, when something very interesting reached his ears. As he flew by the Forest University, he overheard two lemurs chatting. Bruno and Shakka Lemur had recently moved into the forest, from Madagascar, to give lectures on the impact of climate change on rainforests.

“The song is fine, but we need something to give our act a bit of spice,” sighed Bruno, “I just don’t think we can make it on our own.”

“Good evening, gentlemen,” said Oliver, as he swooped to land. “I couldn’t help but overhear you talking about a song? You aren’t thinking about entering ‘Forest’s Got Talent’ by any chance?”

“That’s the very thing,” replied Shakka, “Bruno and I have a good song, but we need something else to give our act that ‘wow’ factor.” 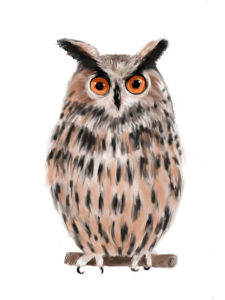 “Hmmmm,” said Oliver, “how about a rapper in the middle of your song? Someone that might not be the best singer in the forest, but could rap a few lines with great energy. Someone that looks good, dances well, but doesn’t have a great singing voice?”

“That’s a brilliant idea,” said Bruno, as he jumped to his feet. “But who have you in mind?”

Half an hour later, Oliver arrived back with a still fuming Justin. But once Justin listened to what he had to say, he liked the idea of being a rapper. The lemurs wrote him an extra verse for their song, and even taught him a little dance to do while he was rapping. And guess what? The Forest’s Got Talent judges loved it! They voted them through to the next round, and the round after that, and all the way through to the final, which they won with ease.

And that was how the now world famous act ‘Lemur featuring Justin Beaver’ began. And Justin never forgot who he owed all his success to…his wise old friend, Oliver, who he dedicated his biggest hit to…’Despacitowl’.

Read original short stories every week in Ireland’s Own