There are a great many theories as to whether or not a large unidentified creature inhabits the deep waters of Loch Ness, and has done so for many hundreds of years, writes JOHN MORRIS

It was only when my curious grandson, William Byron aged seven, asked me a perfectly simple question, I quickly realised that I didn’t actually know the answer. “Papa. Is the Loch Ness Monster real?”

I looked into his wide questioning eyes as he waited for me to give him the benefit of my knowledge on the subject of Scottish lochs and fabled monsters…but I had precious little to offer.

I knew what everyone else did: there was said to be a strange elusive water creature living in a Scottish loch, verified by dubious eyewitness accounts supported by an old grainy photograph taken at a distance. 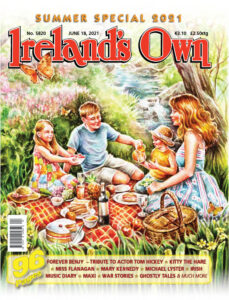 This appeared to show a small deer-like head on a long slender neck protruding from the waters of the loch. Whether myth or monster, I had no idea, and that, I was sorry to say, summed up the total of my knowledge of ‘Nessie’, as the monster is affectionately known.

Disappointed, William shook his head with a look that said it all; clearly, it wasn’t enough.
I couldn’t lose credibility with my grandson, and this was a question that demanded an answer. It was a mystery I had to investigate…

Loch Ness is a 23-mile-long freshwater lake, part of the Great Glen, in Scotland. It was formed eons ago as a gigantic fault, or crack caused by earthquakes and glaciers.

It is long, relatively narrow, a mile in width at its widest point, and almost 900 feet deep which, by comparison, is twice as deep as the North Sea, to which it is connected by water. The fault runs in a northeast/southwest direction with Inverness on the Moray Firth at its northern end, Fort Augustus at the south.

A first sighting of the monster was recorded in the Life of St. Columba, during the mid-6th century.
The saint arrived at Loch Ness where he saw a group of men burying one of their companions.