In the pantheon of great country singers Loretta Lynn surely earned the right to be deemed iconic. The coalminer’s daughter, who put Butcher’s Hollow, Kentucky, on the map (she was born there as Loretta Webb), died peacefully in her sleep at her ranch home in Hurricane Mills, Tennessee, on the 4th of October. She was 90.

There was no one else like Loretta, and now she is no more. To adapt the well-worn cliché used on these occasions, her passing impoverishes the world at large, not alone the world of country music.

Standing only 5 foot 2 inches in her bare feet, and academically uneducated she may have been, but she became one of her country’s most powerful advocates for women’s rights. She achieved it through the songs she wrote and sang.

I first became aware of her in 1966 when I came across her recording of her self-penned ‘You Ain’t Woman Enough’. It was her 11th single for Decca. At that time the women country music singers normally sang only about love and broken hearts.

Listening to Loretta Lynn sing in her twangy Kentucky accent a song based on a real-life experience had, somehow, the power and effect of a gut punch. 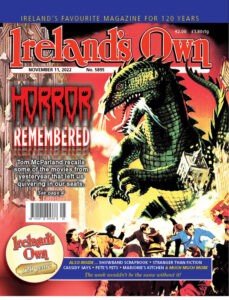 Earlier in her career, when touring small honky-tonks and fairs and local talent shows, Loretta would watch from the stage as women came on strong to her husband. And if truth were told, there were many times when Doo didn’t exactly resist them. He developed into an abusive womaniser and an alcoholic.

He and Loretta frequently mixed it in what sports commentators euphemistically call “physical contact” — i.e. fights. She maintained she gave as good as she got.

But Loretta wasn’t going to lose Doo or her kids without a fight.

Despite their troubles, they stayed together for 48 years. She’d married him when she was 15. That meant that she was raising children when she was still a child herself.

During her early lean years, when she was working the talent shows and the honky-tonks and the fairs, Doo served as manager, driver, promoter, and occasionally babysitter. They often drove from town to town to visit and pester disc jockeys to whom they delivered free copies of her first record. Together they sent out hundreds of free discs. Doo died in 1996.

There was nothing veiled about what Loretta wrote and sang in ‘You Ain’t Woman Enough’. Someone said at the time, “Loretta put on the gloves and blatantly announced her intentions for both life and career.” She wasn’t just petite and pretty, she was also tough and strong.

Ace Collins put it this way in 1996, “She told thousands of women that they didn’t have to be bullied any more, that they could stand up and fight for what was theirs, and that no one – including their husbands – was going to walk on them any more … she demanded that women had a right to take charge.”
It signalled the beginning of a new era for female country music singers and their fans.