Marni – the Invisible Voice of Hollywood

On 24th July 2016, famed soprano of Hollywood’s Golden Age, Marni Nixon passed away at the age of 86. She is best known (or perhaps unknown) as Time Magazine dubbed her ‘The Ghostess With the Mostest’ having performed the songs on behalf of famous actresses in major movies like The King and I, West Side Story and My Fair Lady. She is also remembered as the mother of singer/songwriter, Andrew Gold, whose musical scores are still widely known to this day. 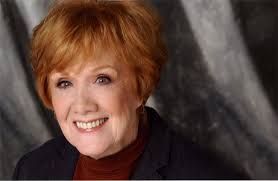 Marni Nixon was born on 22nd February, 1930, in California to Charles Nixon McEathron and Margaret Wittke, one of four daughters. She never went by the second name of McEathron as children in school used to tease her with names due to a lack of pronounceability on their part for the name.

Her musical career began at an early age as a child film actress, starring as Angela Abernathy in The Bashful Bachelor (1942). Her musical career in Hollywood was sparked by performing angelic voices in Joan of Arc (1948), which starred Ingrid Bergman as the nationalist French saint. She dubbed over Margaret O’Brien in Big City (1948), which began a long trend in her career where she became known as the ‘Invisible Voice of Hollywood’.

The most famous of these dubbed recitals was voicing over Deborah Kerr in The King and I (1956), Disney’s film adaptation of the Rodgers and Hammerstein musical.
The pieces which she sang included, I Whistle a Happy Tune, Hello, Young Lovers, Getting to Know You, and Shall We Dance?

Hollywood executives reportedly intimidated her into silence after this, with Nixon claiming she was told she would “never work in this town again”, should she reveal her part in dubbing the famed actress.

Continue reading in this week’s Ireland’s Own (issue 5570)