Medical Disasters – Typhus Killed Many in Ireland Right into the 1930s

Typhus infection has changed history in many places and was one of the main causes of death during the Great Famine in Ireland. Yet Ireland has the dubious distinction of being the last place in Western Europe where louse-borne typhus was found. 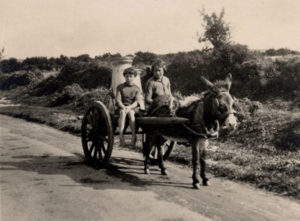 There were six epidemics of typhus in Ireland during the19th century. Some degree of failure of the potato crop accompanied each epidemic. Living conditions and hygiene at that time were very primitive. Overcrowding in hovels and tenements meant that the louse spread rapidly from person to person. Mortality rates were very high. Fifty per cent of children in Dublin died before they reached their first birthday.

The streets of towns and cities were lined with putrefying matter and there was confusion about the cause of typhus. It wasn’t until early in the 20th century that the organism which causes typhus was identified. Henrique da Rocha-Lima was the microbiologist who made the discovery and, very generously, named it Rickettsia prowazekii after two bacteriologists who died while studying epidemics of the disease.

Infection spreads when lice cause itching which results in the skin being broken by scratching. Typhus infection enters the body through these scratches. Very quickly a high fever develops with headaches, prostration and a generalised measles-like rash. The mortality rate before antibiotics became available was very high.

Following the 1817 typhus epidemic a Fever Act was passed the following year which allowed mayors of towns prevent strangers entering their towns when fever was prevalent. Guards were posted at the entry point to Tullamore to prevent travellers who might be sick from going into the town. A total of 15,000 people died during the epidemic.

In the 1826 epidemic Dublin was very severely affected. In Cork St Fever Hospital 10,000 people were treated for the infection. The hospital was so overcrowded that tents were erected in the grounds and these provided 400 extra beds.

Treatment of typhus in 18th century Ireland often did more harm than good. A pint or more of blood was taken either by opening a blood vessel or by the use of leeches and then after weakening the patient in this way drastic purgatives were given.

It was during this time that Robert Graves, the Meath Hospital physician, introduced the revolutionary idea of giving food during the illness. ‘He fed fevers’ was what Graves requested be inscribed of his tombstone. It was a fitting epitaph as it must have saved many lives.

With the mass emigration during the Famine typhus was brought to North America. W.H. Kemp was the captain of one of the emigrant ships. He boasted that he only lost one passenger due to the disease but that other ships had over 100 deaths during each voyage.

The standard of hygiene in Irish homes even in the early part of the 20th century wasn’t always what it should have been. An elderly GP told me that sometimes in the 1930’s he was unable to examine some children fully because they were ‘stitched up for the Winter.’ In the Autumn these children had the clothes on the upper part of their bodies stitched together and the clothes were left like this, day and night, for the Winter months. It was no wonder that typhus persisted so long in this country.

In the Februrary 11th, 1935 issue of ‘Time’ magazine Ireland was listed as one of the countries where typhus was still found. Daniel McGrath, Irish Consul in Chicago, queried this statement so the Department of Local Government and Public Health of the Irish Free State explained that there were only small outbreaks of a mild type of typhus in remote rural areas of the island and that the 17 cases reported in 1934 were all confined to four families.

Armies were often badly affected by the dreaded fever. In 1812 when Napoleon invaded Russia a major typhus epidemic spread through Moscow and tens of thousands of soldiers were infected. During and after the 1917-21 civil car in Russia there were 25 million cases of typhus and 3 million people died from the disease. Lenin, the leader of the Bolshevik Revolution, summed up the position when he said ‘If Socialism does not defeat the louse the louse will defeat Socialism.’