I was thirteen years old when the Republic of Ireland football team took part in its first World Cup Finals, exactly thirty years ago.

It was to be the last summer before teenage angst, and all its trappings, would infiltrate its way into a young boy’s mind. The posters blue-tacked on to my bedroom wall were of men in green jerseys, free souvenir posters that I had pulled from the Irish Daily Star. And the odd film poster, starring Michael J. Fox.

Teddy bears wearing jerseys with Opel emblazoned across their chests hung from bedroom windows, and garden gates. Cut-out heads of Paul McGrath, John Aldridge, Packie Bonner and their teammates dangled from the rear view mirrors of lorries, cars and tractors up and down our roads, lanes and fields.

Everywhere you looked there was bunting; roofs, trees and lamp-posts adorned with green, white and gold. And the women on Moore Street greeted you with Olé, Olé, Olé.

What unfolded was a three-week footballing adventure that elevated, collectively, the spirits of a nation, young and old, male and female.

We were a country emerging from a decade-long recession, and the prospect of what Jack’s Army could achieve inspired us to blink towards the Mediterranean sunshine, and dream about what might be.

We had a football team with the power to go a full twelve rounds with the world’s football heavyweights…and the belief that they had the quality in reserve to land a knock-out punch.

No one was taking us for granted anymore.

Big Jack
When flat-capped cigar puffin’ Jack Charlton took up the reins of the Republic of Ireland football team in February, 1986, he had to convince some doubting fans that he was the right man for the job. A one-club man during his playing career, the tough tackling centre-back represented Leeds United 629 times, scoring 70 goals.
He was not called up by England until close to his thirtieth birthday. Impressively, he went on to win 35 caps, scoring six times for his country, and was part of Alf Ramsey’s team that beat West Germany in the World Cup Final of 1966, alongside kid brother, Bobby. 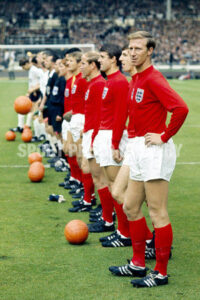 He cut his managerial teeth with spells at Middlesbrough, Sheffield Wednesday and Newcastle, before he stepped into international management with the Republic of Ireland. Though his first game in charge ended with a 1-0 loss to Wales, it didn’t take Jack long to mould the team successfully into the shape that he wanted.

By guiding the Republic of Ireland to their first European Championships, in Germany in 1988, Jack had won over the remaining doubting fans. The good times had started to roll.

Jack oozed charisma. He liked to fish, and loved Irish rivers. He loved a sing-song too, his party piece being The Blaydon Races, an old Geordie anthem…though he quickly learned a mean version of Dublin in the Rare Auld Times which made his Irish audience swoon. And he enjoyed a drink. Jack Charlton and Ireland would fit together like a hand in a glove.