Mick The Miller – The Most Famous Greyhound of All Time

Mick The Miller is the most famous greyhound of all time. He was born in 1926 in the village of Killeigh, Co Offaly, at Millbrook House, the home of then parish curate, Fr Martin Brophy. Derek Fanning recalls ‘An Offaly Spoting Icon of the Depression’. 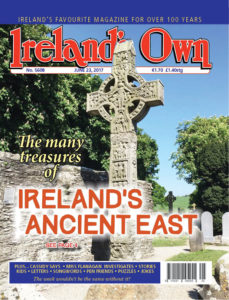 Motorists passing through the small Offaly village of Killeigh often have their attention drawn to a beautifully executed sculpture of a greyhound. This is a lifesize sculpture of Mick the Miller, probably the most famous greyhound of all time.

It’s a lifesize depiction of the famous dog and sits on top of a stone plinth which came from his nearby birthplace, Millbrook House. The impressive work of art was created by Elizabeth O’Kane, who was commissioned by the Mick the Miller Commemoration Committee, and was erected on the village green in January 2011.

As an Offaly person I know that many people from the county take considerable pride in the fact that such a magnificent racing dog was raised and trained here. We take great pleasure in telling his story to those who are willing to listen.

A number of prestigious races have been named after Mick. The most recent race to be named after him is a new Lurcher race in Birr Game Fair which will be run during the final Saturday of August.

Mick the Miller was born in Millbrook House in 1926. His owner was a curate, Fr Martin Brophy, who adored greyhounds and loved the thrill of greyhound racing.

Continue reading in this week’s Ireland’s Own (issue 5608)