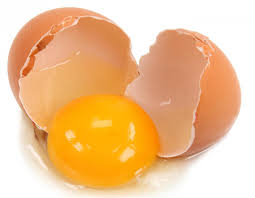 There certainly were some clever pets in the world, Miss Flanagan decided, as she watched some You Tube videos in a spare few minutes.

Cats doing backflips, dogs skateboarding, pigs spelling out words – it was fascinating really, the things they had the intelligence to do. She was closing the lid of her laptop to go back to making chutney when her phone rang. It was Imelda Baxter, sounding worried. “No, I can’t explain on the phone, Brigid. You never know who is listening in,”

Imelda said. “Please come over as soon as you can.” Thinking that Imelda was still stuck in the old days of switch board operators being able to listen in on conversations, she hopped on her bike and headed for Imelda’s house.

“It’s my eggs,” Imelda said, still in a right flap. “I go to collect them every day – and there they are – gone!” Imelda explained that she had five hens that kept her supplied with eggs for her baking. They lived in the henhouse in the plot of ground behind her house and for the past three weeks or so eggs had been disappearing, several times a week. “Are you sure it’s not that your hens have simply stopped laying?” Miss Flanagan asked. Imelda looked insulted. “Pardon me! My hens are the finest you’ll get in the county! Not a thing wrong with them! 0They’re laying all right. It’s just someone’s nicking the eggs when they do!”

Looking out the kitchen window Miss Flanagan could vouch that Imelda’s hens were healthy looking. They certainly were, as was the pet donkey she had, and her cats, Mog and Atlas, and her terrier, Zig – shining pictures of health, the lot of them.

Miss Flanagan made a note of when the egg robberies had happened, according to Imelda. “It’s when I’m gone for a few hours. On those days two, sometimes three eggs are missing when I go out to collect them in the afternoon.” Imelda went to town on a Friday morning, to day-care on Wednesday afternoons, so her back was turned, so to speak, at those times. And Imelda had her own ideas about who the culprit was.

“It’s Bart Cunningham, next door – I’m sure of it!” she said. “He’s too miserly to spend money on groceries. It’ll be him sneaking in here the minute my back is turned and robbing me! He’s probably fattening on omelettes as we speak. All I need is the proof!” Miss Flanagan urged caution in apportioning blame. False accusations could be dangerous things. Best not jump to conclusions just yet.