The man with the portable microphone kept saying ‘one-two, one-two’, sometimes even in triplicate. He kept at it for the best part of five minutes. And all the time there was loud chattering as though preceding a concert in the parish hall.

Except that it wasn’t a concert; it was Christmas morning in church and the prelude to Holy Mass!

The priest, of course, welcomed everyone and said he was glad to see so many in the congregation. Indeed, every pew was filled to capacity. The priest then welcomed the children, as it was the birth of the Child Jesus. He told the parents to relax. It was OK, he said, for the children to run around and cry and make noise. I have no problem with that, he assured them.

Now, that is where I draw the line. It is one thing to have to endure noisy children during Mass or Sunday Service; it is quite another thing entirely to give them carte blanche, to have the priest actively encouraging them to misbehave. It is, after all, the House of God.
But it seems that respect has evaporated, not just for the liturgy but also the silence in which the words of scripture nestle. Without proper stillness, there is little or no sense of the sacred.

Outside, it was quite the sunniest Christmas morning seen in a long long while. The stain-glass windows came alive with the coloured garments of apostles and prophets, the nimbus around the heads of saints seemed to grow in brightness. A shaft of sunlight seemed to point to the crib by the Sacred Heart altar. The sound of the occasional passing motor car, subdued by evergreen oaks, seemed a natural part of the world outside.

When the sexton pulled upon the rope sending peals from the great metal bell-tower, the call to Christmas Mass must have sounded the same as it had done for maybe a hundred years, as it came to the ears of village folk and those at the furthest reaches of the big parish.

And I can picture the forest of bicycles leaning against the graveyard wall. Maybe a motor car or two. Folk still hurrying forward at the end of their long walk, dipping their finger in the the big free-standing stone font and disappearing into the church.

I wonder what they’d have made of the tumult of talk within the church itself, as the echoes of the bell died away and the congregation rumbled in their pews, awaiting the arrival of the priest upon the altar.

For one thing, the priest and his Mass-servers did not process. Nor did the Mass begin immediately. “We’ll be starting in a few moments,” the priest said, informally. One might be forgiven for thinking it was a concert that was toward, rather than the Mass.

We must preserve a sense of ritual, if we are to maintain a sense of the sacred. The prevailing laissez-faire attitude must be reined-in. The problems reside mainly in loose interpretations of Vatican Two, that seem to vary from parish to parish.
When I was a boy, we always knelt in prayer. Now, even when we’re kneeling, say after the Eucharist, we have to stand up to pray. It all seems to have been turned on its head. Also, in the same church a few months ago, the organist, during the reception and distribution of Holy Communion, played one of Moore’s melodies.
Much as I love the melodies of Ireland’s ‘national poet’, they are not appropriate as a sort of organ voluntary or ‘Communion music’. There must be a thousand pieces of church music and common hymns which he could.

More disconcerting still, one of the congregation to whom I mentioned this after Mass, saw nothing wrong with this, and any way, she added. “it was his favourite piece of music.”

Tom Moore must be turning in his grave at 78 rpm. ■ 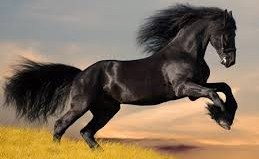