When Queen Fuanach of the mystical Tuatha Dé Danann, learned that her husband King Midir, had become captivated by the beauty of a young princess by the name of Etain, the queen became furious.

She summoned her Druid Tarliam to put the princess to death. However, being of the Dé Danann, Etain could not be killed. The best the Druid could do to satisfy the anger of the queen, was to change Etain into an insect. He began an incantation that turned her into a butterfly. 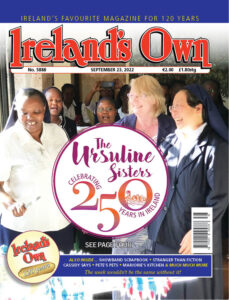 Several miles away, king Midir, who housed Etain in another castle with him, became aware of a malevolence taking hold. Rushing to Etain’s chamber he witnessed a scene of chaos as furniture and bedding rose into the air and a heavy chair crashed near to where he stood.

Understanding that magic was at work, his guards rushed him from the room, for fear that he too would be harmed by what ever devilry was taking place.

When the pandemonium ceased, the king entered the chamber, but to his dismay, Etain was no where to be seen. He issued orders that the castle was to be searched in the quest to find Etain.

Outside the storm raged. Its fury would be felt for seven years. The storm carried Etain to far distant parts of the realm and caused havoc in the World of Man, destroying farms and villages. Such was the wrath of the queen, betrayed by her husband.