Ireland only has two resident owl species – the barn owl and the long-eared owl. Of the two the long-eared owl is by far the most common, and is found across most of the country. It is a shy and elusive bird however, whose nocturnal habits coupled with excellent camouflage make it very difficult to spot.

Long-eared owls are medium-sized owls, and are smaller than you might expect – somewhat smaller than a wood pigeon in size. They have an average body length of about 35 cm (c. 14 inches) and a wingspan between 90cm and 100 cm (35 inches and 40 inches). As with most owls the females tend to be noticeably larger than the males, and have darker plumage.

The name long-eared owl comes from the long feathered “ear-tufts” on top of the bird’s head that the bird can raise and lower at will. These have absolutely nothing to do with the birds ears, but together with the piercing orange eyes they make the long-eared owl unmistakeable when at rest. 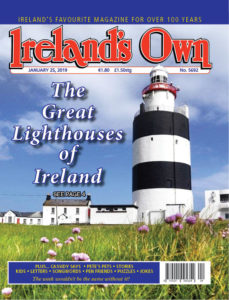 Long-eared owls have handsome buff brown plumage with darker brown streaks running through it. By day they sit motionless on a branch, stretching their body vertically close to the main trunk of a tree. This is where their streaked plumage really comes into its own, merging seamlessly with the surrounding branches, rendering the owl practically invisible.

Long-eared owls start to pair up in late winter or early spring. The persistent, resonant “hooo, hooo, hooo”, of the males and the softer, rasping response of the females can often be heard on clear spring nights if you wander into owl territory. Males also conduct display flights at this time of year involving erratic gliding and flapping through the trees, punctuated by a regular clapping of the wings on every-other the down stroke.
Nesting takes place in both coniferous and deciduous woodland, although the owls show a definite preference for the former. They may also nest in thorn thickets and tall, dense hedgerows. Whatever the location, there always has to be open rough country nearby for the owls to hunt. Although owls will occasionally make their own nest by scraping a rough hollow in the ground or lining a hollow tree stump, they tend instead to choose old nests left behind by other birds – particularly those of hooded crows, magpies and sparrow hawks.

Once a suitable nest site has been found the female owl lays 4-5 white eggs that she incubates for 25-30 days. Owlets are covered with a fluffy white down at first, but as they grow this is gradually replaced by their adult feathers. Young owls are ready to leave the nest after about 3 weeks, at which point they graduate to the surrounding branches. It may take a further two weeks before they finally take to the air.

Long eared owls need open country like grassland, fallow fields and scrub land to hunt. Their main prey in Ireland is the wood mouse (Apodemus sylvaticus), although they also take other small mammals, small birds and even large insects. They hunt from late dusk until just before dawn, flying low to the ground using a their acute hearing to pinpoint the slightest movement on the ground below.

As with other owls, indigestible parts of the prey – fur, feathers and bones – are regurgitated as a cylindrical pellet some time after eating. These pellets often accumulate at nesting and roosting sites, offering a clue to this secretive owl’s presence.